ISLAMABAD: A clause in the draft Hindu Marriage Bill, which states that a marriage will be annulled if any of the spouses converts to another religion, is being vehemently contested by both its opponents and supporters.

However, seeking an end to the controversy, Senator Nasreen Jalil, the chairperson of the Senate standing committee on law and justice, has convened a meeting of the committee to take up the matter.

The draft bill has already been passed by the National Assembly standing committee on law and justice.

Senator Nasreen Jalil said: “We would like to discuss the matter and if there is a consensus the committee will forward its recommendations to the speaker National Assembly to get the clause deleted.”

The NA standing committee at its meeting held on February 8 witnessed serious opposition to the deletion of the clause by Maulana Mohammad Khan Sheerani, the JUI-F MNA and chairman of the Council of Islamic Ideology (CII).

However, Shugufta Jumani of the PPP and Ali Mohammad of the PTI clearly said if any of the spouses converted to Islam, the marriage should be terminated.

The patron-in-chief of Pakistan Hindu Council, PML-N MNA Dr Ramesh Kumar Vankwani, said the matter related to the basic human rights of the Hindus in Pakistan.

He referred to the current practice by certain elements who kidnapped teenage girls and eventually presented them in courts along with a certificate that the girl had married after converting to Islam.

“I do not understand how the marriage will be annulled if any of the partners converts to Islam.”

Civil society activist Kishan Sharma, who is also the chairman of REAT Network, said this clause was added by the CII as it was not a part of the original draft.

“The key concern is that only one option of dissolution of marriage has been included in the law and that too where the partners might be willing to live together despite different faiths.”

He said Pakistani society was opening up with growing urbanisation and modernisation and more and more people were not living in communities nowadays.

“As the societies change, attitudes of individuals also change and even now we see youth belonging to Hindu, Muslim and Christian communities deciding their fates to live together,” Mr Sharma said. “But stopping this change through laws will only add to discontent and frustration in society.” 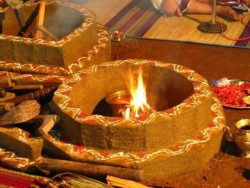