Media houses to get all outstanding dues: Fawad 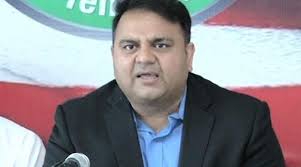 ISLAMABAD: Federal Minister for Information and Broadcasting Fawad Chaudhry Thursday said the federal cabinet had decided to release all the outstanding amounts to the media organisations at the federal level.He said this while briefing the media on the decisions of the federal cabinet which met under Prime Minister Imran Khan at the Prime Minister Office (PMO) here. The minister said the federal government had decided to integrate 193 state-owned enterprises which were mostly running in difficulties in the newly established Sarmaia Pakistan Company (SPC) for their rehabilitation.

The prime minister will head the SPC’s board of governors, while three federal ministers will be its member.

Top professionals from various fields will be hired to become part of board of governors. The cabinet also took up the question of tenure for appointment of bureaucrats and it was decided that it should be linked with their performance and not political connections.

A committee has been formed to look into the affairs of tenures of bureaucrats. The cabinet committee that will be headed by Prime Minister’s Adviser on Establishment Muhammad Arbab Shehzad will submit its report to the federal cabinet.

Federal ministers Pervez Khattak, Shaikh Rasheed Ahmad and Prime Minister’s Adviser on Institutional Reforms Dr. Ishrat Hussain will be the other members of the committee. The federal cabinet discussed overall political and economic situation prevailing in the country.

The cabinet also decided that Prime Minister Imran Khan would share with the nation the headway made in the first 100 days by his government on November 29 and brief them about the achievements of government in various sectors during the first hundred days.

He said the cabinet had dilated upon the issue of tenure safety of senior bureaucrats in detail. A suggestion has been made that federal secretaries should be provisionally appointed for a period of six months at a ministry and after successful completion of that period their appointment will be extended for two and a half years. During this period, they will not be transferred or removed from their positions.

He said Prime Minister Imran Khan firmly believed that bureaucracy should be free from any political interference. The minister said the appointment of bureaucrats should be linked with their performance and not political connections.

The minister said the cabinet took decision about the rehabilitation of 193 state-owned enterprises by deciding to incorporate SPC. Prime Minister will head the Board of Governors of this company while three ministers will be its members.

Top professionals from various fields will be hired to become part of board of governors. It will look into the affairs of all state-owned enterprises and will give suggestions to cabinet for running these on professional lines.

Fawad said the cabinet also discussed the case of Afsheen Bakhsh, a Danish woman of Pakistani descent, whose two daughters were forcibly brought to Pakistan against the ruling of a Danish court.

“It has been decided that a barrister will do the preliminary inquiry and then a final decision will be made on the minor girls’ stay in Pakistan or their repatriation to Denmark, as we respect the decisions of foreign courts,” Fawad said.

Fawad said the government was committed to bringing Dr. Aaafia Siddiqui back and all necessary efforts will be made in this regard. He said the cabinet had decided to defer the budget of National Technology Council till its approval by the Economic Coordination Committee.

He said the cabinet had decided to centralise the process of procurement of equipment for e-governance which was earlier devolved to ministries. The information minister said the cabinet had decided to give acting charge of PTDC to Ijaz Khan besides giving approval for appointment of the Security Exchange Commission of Pakistan (SECP) commissioners.

The cabinet also took into consideration the issues faced by the urea sector and decided to import 50,000 ton urea to meet the shortfall. The cabinet decided not to change the price of wheat that was Rs1,300 per maund.

Fawad said the cabinet had also discussed the ruling of chairman Senate and the prime minister had expressed his dissatisfaction on the issue. The federal cabinets expressed grief over the assassination of SP Police Tahir Khan Dawar and prayed for the departed soul.

The Nation: Call for removing Fawad as information minister