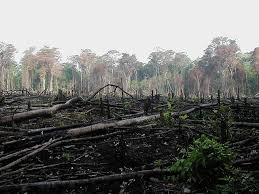 With the recent India-Pakistan conflict the term eco-terrorism has resurfaced. After the Pulwama attack, Indian war planes bombed a hilly forest in Balakot, claiming to attack terrorists’ camps in Pakistan’s territory. However, the claim proved to be wrong with evidences of damages to forest land only. The incident was followed by Pakistan deciding to lodge a complaint against India at the UN for committing eco-terrorism.

Wars and conflicts are not only devastating in terms of physical and economic losses but also for environmental degradation. However, the damages to ecosystems and environment during wars are hardly taken into account. In fact, eco-terrorism makes for an effective tool to defeat enemies. In ancient times, poisoning the water bodies and burning of forests had been a common strategy during wars to deter an adversary.

In modern times, the main activities involved in eco-terrorism are digging trenches, weapon testing, use and mobility of military warships and other equipment. World War II is considered most devastating not only in terms of massive killings but also for its impact on environment. The destruction of USS Arizona ship in the Pearl Harbour attack that caused many other ships to catch fire and resulted in leakage of oil in seabed is one such instance.

Similarly dropping of nuclear weapons on Japan was fatal to environment releasing toxic radiations killing thousands of people in few seconds. The huge loss of human lives and fall of economic structures in these attacks shadowed environmental damages. However, with the passage of time, environmental issues have caught the attention of global policy makers and researchers. Yet the laws on environmental protection during an armed conflict meagrely cover the grave aspects involved and are even poorly implemented in war zones. According to a report by the NRDC titled “The environmental Impacts of The World Trade Centre Attacks” published in February 2002, the scale of the September 11thevent, in which hundreds if not thousands of toxic components were simultaneously destroyed, was unprecedented.

Prolonged India-Pakistan conflict is already damaging the environment. According to a special report by Australian Disaster Management Consultant Jennifer McKay (2016), in the last 31 years, the militarisation across the globe has “inflicted a great deal of damage on this fragile environment”. Building of pipelines, drilling, chemical leakages, human waste and construction of buildings in defiance of agreements, as well as troop movements and helicopter flights, have put pressure on the glacial bodies and other environmental factors.

The countries that bear the brunt of wars must also be compensated for eco-terrorism. There are a number of suggestions. What could possibly be done is to establish a ‘Green Climate Fund’, that must consider projects to rehabilitate the environment in war-torn countries. War-affected countries should also propose such projects based on recovery of environment in their territories. In past, some treaties were put into effect to prohibit damages to environment from testing of weapons like Seabed Treaty 1971 and Outer Space Treaty 1967. Newer treaties between states are now required to cover the broadened scope of damage during wars and armed conflicts. These must include financial compensation and support along with the provision of expertise to minimise the loss to the environment.