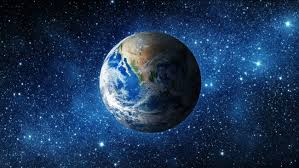 ISLAMABAD: The unnecessary lights were switched off at the Prime Minister Office (PMO) in connection with the Earth Hour.

According to the PMO statement, lights were turned off symbolically, keeping in view the aspect of security.

Meanwhile, Earth Hour was observed from 8:30pm to 9:30pm, worldwide.

Skylines across the world went dark as millions observed the World Wide Fund for Nature’s Earth Hour to spark global awareness and action on nature and the environment, reported the international media.

The #Connect2Earth campaign aims to create awareness regarding the importance of saving nature as our lives depend on its health.

Participation marks Earth Hour by switching off unnecessary lights for an hour to symbolise the commitment to change beyond the hour.

The world’s largest voluntary action, encourages individuals, businesses and governments around the world to take accountability for their ecological footprint, engage in dialogue and resource exchange that provides real solutions to our environmental challenges.

The 13th edition of the Earth Hour saw 24 landmarks, each go dark for 60 minutes throughout the day.

The global landmarks from the Sydney’s Opera House to Dubai’s Burj Khalifa dim their lights to raise awareness about energy use and the planet’s vanishing biodiversity. Paris’s Eiffel Tower, New York’s Empire State Building and the Acropolis in Athens took part in the Earth Hour.

“We are the first generation to know we are destroying the world. And we could be the last that can do anything about it,” the charity said.

“We have the solutions; we just need our voices to be heard.”

The event comes after some of the most dire warnings yet on the state of Earth’s natural habitat and species.

The WWF’s own “Living Planet” report in October said 60 percent of all animals with a backbone — fish, birds, amphibians, reptiles and mammals — have been wiped out by human activity since 1970.

Another data set confirmed the depth of an unfolding mass extinction event, only the sixth in the last half-billion years. Last year’s event was observed in more than 7,000 towns and cities in 187 countries, according to organisers.

Business Recorder: Earth Hour marked all over the country