IUCN, Baanhn Beli dive into project to save vultures 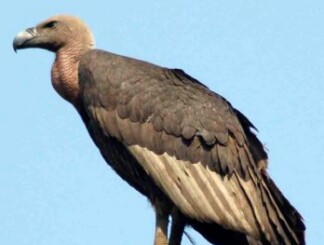 KARACHI: When top officials of the Sindh wildlife, environment and livestock departments are not serious about undertaking projects to save species going extinct, there is little hope for organisations working in the field.

The secretary of the ministry of climate change, Arif Ahmed Khan, admitted that there is a lack of committment on the government’s part. “Such projects can’t be successful if the government officials don’t show interest,” said Khan, suggesting a more proactive role on the part of the government to achieve positive results.

Addressing the launch of a new vulture conservation project titled ‘Preparation of a National Conservation Strategy’ jointly implemented by the International Union for Conservation of Nature (IUCN) and Baanhn Beli held at Pearl Continental on Monday, he said that vultures are a unique birds bestowed with a natural ability to absorb all types of carcass-filled diseases and viruses yet able to digest and provide a cleaner environment.

He said that the absence of vultures can lead to a rise in rabies and other diseases that have been eliminated after a long struggle by various countries.

Speaking on the importance of vultures, the natural resource management coordinator of the IUCN, Nadeem Mirbahar, said vultures are valued for their ecological, social and cultural significance. The major cause of the decline of vultures is the use of ‘diclofenac sodium’, a non-steroidal anti-inflammatory drug, in livestock, which was banned in Pakistan in 2006.

Mirbahar said that South Asia’s population of long-billed vultures, slender-billed vultures and white-rumped vultures have declined by more than 90 per cent since the early 1990s. Javed Jabbar, founding president of Baanhn Beli, said that humans had encroached on the habitats of animals and birds. “It has pushed many species to the verge of extinction.”

Jabbar urged the need of collaborative efforts to protect the habitats, saying it was not possible for the people of Pakistan to ignore the essential role of vultures in the ecosystem.

The forests inspector-general, Syed Mahmood Nasir, said that the drug responsible for the death of the vultures has been banned in the country but it is unfortunate that the number of vultures have continued to diminish, saying the bird is on the verge of extinction in the whole region. “There is a need to impose strict penalties on the doctors who prescribe this drug,” he said.

IUCN Pakistan’s country representative Mahmood Akhtar Cheema said that Pakistan’s work towards the conservation of vultures was highly appreciated in the region.

“The vultures’ project is one of the three projects that have been initiated in the recent past,” he said, adding that these projects are being implemented through IUCN partnerships involving the government, public sector and civil society organisations.

Dr Muhammad Khan Marri of Baanhn Beli said that his organisation will implement the project in collaboration with the IUCN and other partners, including the ministry of climate change, Sindh forest and wildlife department, WWF-Pakistan, Pakistan Zoological Survey and Pakistan National Vulture Recovery Committee.