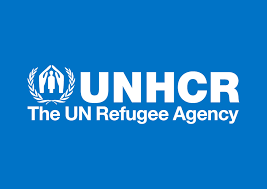 QUETTA: Afghan refugees in the remote district of Chagai have transformed rocks and desert into a green farm, contributing to the local economy and a better environment with the help of UNHCR and the technical support of FAO.

Posti refugee village is a self-sufficient organic farm in barren hills of a rocky desert area in Chagai district of Balochistan.

The village is situated about 65 kilometres from Dalbandin, the main city of Chagai. Farm products of the village are well known in local markets and its vegetables, especially luffa, have become very popular in Dalbandin.

Mr Khan said that when he arrived in the area with family, they used to go to far-flung areas and work as daily wage workers and after some time they were able to build mud houses, although bringing material for construction was a big task because there was no road in the middle of the mountains.

“Everybody used their own resources to build these farms. People who could not afford tractors used hand trolleys and even their shirts,” Mr Khan said, adding that the journey was far from smooth, with floods being the main threat that used to destroy everything, leaving them to restart again from zero.

“Fields, we have prepared are now producing wheat, tomato, chili, cucumber and other vegetables, which are supplied to Posti refugee village and the nearby market in Dalbandin,” Mr Khan said.

“We are the only source to provide fresh vegetables to the area people, but now the underground water level is decreasing, resulting in low harvest,” he said.

In order to educate refugees of the village how to grow vegetables and other crops with limited water, the UNHCR, with the technical support of FAO, is piloting an agricultural project in the area.

The News: The new green deal