IN the death of Majid Nizami, Pakistan has lost a fearless journalist who headed the Nawa-i-Waqt group of newspapers as chief editor for over half a century, which is a record. Mr Nizami worked tirelessly to advance the political causes in which he believed. He established a number of new ventures in Urdu and English after he took over the Urdu daily Nawa-i-Waqt following the death in 1962 of its founder, his brother Hameed Nizami. He expanded it to transform it into what it is today — the Nawa-i-Waqt Group and Publications, which now includes the English daily The Nation, two weekly magazines, the monthly Phool and Waqt TV. As a student who believed passionately in Pakistan, Majid Nizami took part in the Pakistan Movement and, after freedom, was given a sword of honour by Liaquat Ali Khan, Pakistan’s first prime minister. The education he acquired was indicative of the variety of his taste and calling. After initial college education in Lahore in political science, he proceeded to London for higher studies in international affairs and law. It was in London that he began his career in journalism by writing for Nawa-i-Waqt.

Perhaps his greatest achievement was the bold editorials he wrote in Nawa-i-Waqt during some of the harsh periods of military rules that Pakistan has witnessed. The paper gained in prestige, and its circulation grew — because of his stinging criticism of the government of the day in a style and diction that was all his own. On Indo-Pakistan affairs, he took a hard line, and when India conducted nuclear explosions in May 1998, he pleaded for a prompt Pakistani response. He was a leading figure in the Council of Pakistan Newspaper Editors and All Pakistan Newspapers Society, with the latter giving him a lifetime achievement award. Despite his fierce criticism of government policies, he received many state awards, including the Sitara-i-Imtiaz, the Sitara-i-Pakistan and the Nishan-i-Imitiaz. His death leaves a big void in Pakistan’s media scene. May his soul rest in peace. 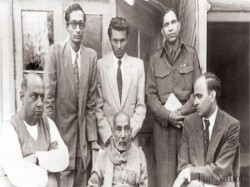 Story of a fearless journalist 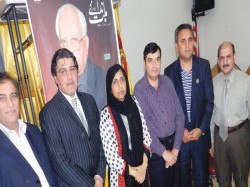 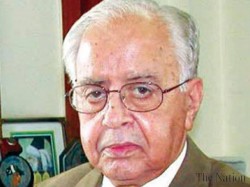