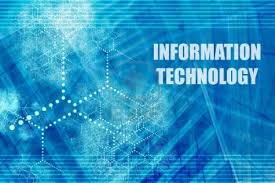 LAHORE: Internet applications have transformed the economy through the use of sensors, which collect and transmit accurate information in real time, said analysts on Wednesday.

“The information is used to improve products, services and operations,” said IT expert Saad Bin Tahir.

He added that a more common and earliest use is in energy optimisation. Power utilities deploy sensors across the electricity grid, which help them remotely monitor energy consumption and accordingly adjust generation and distribution flows.

These applications are also being introduced in other industries. In the developed economies, for example, insurance companies require an insured driver to install a sensor in the cars to enable them to calculate the premium on actual mileage.

Similarly, physicians can use the information collected from wireless sensors in their patients’ homes to improve their management of chronic diseases. Through continuous monitoring rather than periodic testing, physicians could reduce treatment cost by 10 to 20 percent.

Tahir said internet devices are not only efficient but the power they consume is extremely low.

“A modern processor consumes only around one-tenth of power that most energy-efficient 16-bit processors used a few years ago,” he said. The demand for internet devices has increased enormously, he added.

Mubashar Bashir, ex-senior vice president of MCB Bank said no other industry has benefitted more from the smartphone technology than the banking industry.

Some banks in Pakistan realised from experience in developed economies that profitability is a subject to back-office automation, digitisation, automation of credit decision and data analytics.

“Banks, which incorporated digitalised solutions in operations, are making much higher profits than the banks, which remain struck with old banking practices,” Bashir said. “The security the digitalised banks provided to depositors and lenders enhanced their reputation and reliability.”

In fact, digitised banks are perhaps the only institutions, which have achieved the scales required for mobile payments. They also enjoy huge advantage as digital payment service providers.

Another IT expert Raza Arshad said internet-based devices, according to an international research, would have a $6.2 trillion impact on the global economy by 2025.

World over, corporate leaders are optimistic about the creation of business opportunities on internet applications.

He added that one concern that has stalled widespread use of internet applications in critical fields of medicine and industry is the threat of hacking and loss of intellectual property. 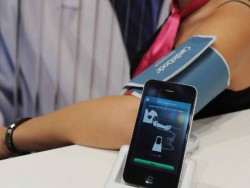 Moving forward: Healthcare apps come to the fore in Pakistan