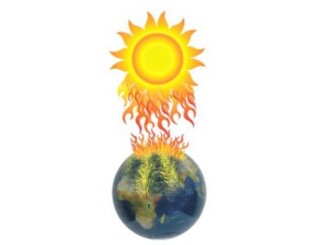 ISLAMABAD: Pakistan is one of the top 10 countries greatly affected by the climate change as our glaciers are melting rapidly and the sea level is rising.

Therefore, environmental journalism and reporting has become very important in the country.

This was stated by Journalist Afia Salam during the Agahi Awards ceremony held under the title of ‘Shaping the Future of Journalism’.

The event was organised by the non government organisation (NGO) Mishal Pakistan in collaboration with Save the Children at the Pakistan National Council of Arts on Saturday.

Ms Salam said it was the responsibility of journalists to take up such issues so that public awareness could be raised and the decision makers’ attention could be diverted to environment, health and nutrition issues.

“Life can go on without electricity but not without water,” she said, adding that unfortunately there were few journalists who were working on environmental issues.

“In Thatta and Badin (Sindh), people residing close to the sea had to migrate three times in the past two decades because the sea level is continuously increasing and water entered their villages,” Ms Salam said.

“We have to equip journalists with the knowledge of environmental issues and train them. However, we have to send them in the field as training for environmental reporting cannot be done in halls and restaurants,” she added.

Sharmin Anderson, representative of Internews Agency which has been working for capacity building of journalists, said she had worked in Afghanistan for four years and had been working in Pakistan for the past 18 months.

She said curiosity was one of the greatest attributes of a journalist and even training could not help someone if he or she was not curious.

Director advocacy of Save the Children, Arshad Mehmood, said Pakistan was ranked in the top five countries where most children died before reaching the age of five.

While talking to Dawn, Mr Mehmood said his organisation had been working with the media to create awareness for immunisation against diseases.

“Health has been devolved after the 18th amendment so the responsibility of both NGOs and the media has increased. Less than 1,000 days are left in the expiry of the Millennium Development Goal but still, 43 per cent children in Pakistan are stunted. Malnutrition is another reason of increasing diseases,” he said.

During the ceremony, journalists belonging to various organisations were awarded with shields for reporting in the fields of Business and Economy, Crime, Education, Energy, Water and Food Security, Environment, Climate Change, Flood and Disaster Reporting, Gender, Governance, Corruption, Health and Human Rights.

Allah Bux Arisar, correspondent of Daily Dawn from Omerkot received the award for reporting news regarding gender violence while Zahir Shah from Dawn News Peshawar was nominated for a report regarding floods.

Similarly, Asad Kharal of Express Channel received an award for investigative reporting and Ejaz Haider of the Capital TV received the award for the most credible anchor.