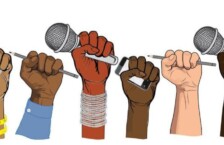 EDITORIAL: In a functional democracy the media is the fourth pillar of state, the other three being legislature, executive and judiciary. If the latter three enjoy full autonomy in their respective spheres the media too enjoys press freedom under Article 19 of the Constitution, but subject to any “reasonable restrictions”, including “in relation to contempt of court”. As for the jurisdictional priority, a Fundamental Right takes precedence over the “Restriction”.

While the Fundamental Right is mandatory the restriction is subject to perception and reasoning. Therefore, a question that needs an answer is: Did the three media persons who carried the affidavit of former Gilgit-Baltistan, CJP Rana Shamim, commit the crime of contempt of court? According to order passed by the honourable IHC Chief Justice, Athar Minallah, “The court is satisfied that the acts of the alleged contemnors, prima facie, constitute committing criminal contempt and, therefore, proceeded under the Ordinance of 2003 by framing of charge”.

Any publication calculated to interfere with the due administration of justice or prejudicial to the rights of others is definitely not covered by the freedom of expression, the court added. The court also raised certain questions, asking if the registrar of the court was approached to verify the contents of the affidavit and whether the reporter sought any legal advice regarding the status of the leaked document.

The reporter did not do that because he rightly acted only as a “messenger” and not an investigator. He based his story on an affidavit which was real, authenticated and not disowned by Rana Shamim. Not only will these three media suffer in case the court’s verdict in this case become a precedent, Pakistan’s image in relation to press freedom will also suffer. In 2020, for example, Pakistan press freedom dropped to 145 out of 180 countries in the Press Freedom Index published by the Reporters Without Borders — even when according to Prime Minister Imran Khan, curbs on press freedom in Pakistan constitute a “joke”.

Therefore, invariably, all the media organisations have taken strong exception to the court’s order. The contempt of court case is a worrying development, said Association of Electronic Media Editors and News Directors (AEMEND) and the Pakistan Broadcasters Association (PBA), as they believe the court’s order would have repercussions on press freedom and freedom of expression of journalists in Pakistan. The All Pakistan Newspapers Society (APNS) has expressed its dismay over the order of the court, saying reporting a story which was not denied would not damage the respect of the court. But framing charges against journalists, it said, would tantamount to suppressing the freedom of expression and denial of the people’s right to know. Already, the journalists in Pakistan are a much hounded community. They are being harassed, kidnapped and killed; frivolous law suits are instituted against ‘rebellious’ newsmen; and government ads to the so-called negative media outlets are withdrawn. The court is, therefore, requested to revisit its decision in the larger interest of the ideal of freedom of expression. 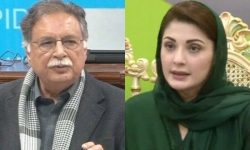