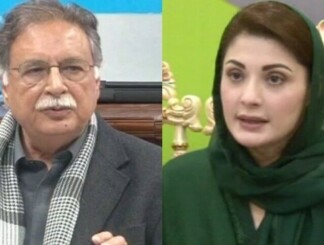 Minister of State for Information Farrukh Habib on Tuesday lambasted the PML-N after another audiotape, allegedly of PML-N Vice President Maryam Nawaz and party leader Pervaiz Rashid, was leaked online in which the two purportedly talk about the “bias” of certain journalists.

The audiotape, which was shared by ARY News and Samaa TV online, has not been independently verified by Dawn.com. In the clip, Rashid can allegedly be heard saying: “They have a programme ‘Score Card’,” in an apparent reference to Geo News’ well-known show Report Card.

“You know [journalist] Hasan Nisar is included in the programme who abuses us (PML-N) a lot,” he allegedly adds.

Meanwhile, Maryam allegedly says that anchorperson Irshad Bhatti also appears on the show, to which Rashid responds that Bhatti too “talks very vulgarly”. The two then allegedly speak about veteran journalist Mazhar Abbas who, Rashid claims, is “tilted against us and spins [things] to make fun of us”.

“Nobody there can be called our spokesperson. [Analyst Hafeezullah Niazi] did not give our point of view but the way they abuse us … he would treat Imran Khan the same way. They have removed him and discontinued his column,” Rashid allegedly says.

At this point in the alleged audio, Maryam says she would first ask Niazi the reason for his removal from the panel and then take up the matter with Jang Group owner Mir Shakeelur Rehman.

“It will become an imbalanced programme. If there was a check on Imran Khan, you have ended it and [imposed] barking dogs on us,” Rashid allegedly says.

“Indeed, this is bias,” Maryam purportedly responds. Towards the end of the clip, Maryam allegedly passes instructions that a pair of baskets that former prime minister Nawaz Sharif brought from Azerbaijan should be sent to journalists Nusrat Javeed and Rana Jawad.

However, Habib, the state minister, said the PML-N had “vast experience and [expertise] of blackmailing and controlling freedom of media”.

According to a report by Radio Pakistan, the minister said PML-N “always kept the media under pressure to use it for their vested interests”. The alleged audiotape had “exposed” how the party was playing tricks to control media freedom, he added.

For his part, one of the journalists mentioned in the alleged audiotape, Mazhar Abbas, sarcastically thanked the PML-N leaders. “I am proud of my journalism and stand by my comments [and] critical views. One should agree to disagree but ‘zaban apni apni’ (to each their own),” he tweeted.

“Just for the record Pervaiz sb, its Report Card not Score Card,” he added.

“First, she destroyed papa (Nawaz Sharif) and PML-N, then defamed two big channels by accusing them of bias and now she has ‘strengthened’ freedom of press by using this [type of ] language against big journalists,” he tweeted.

“Whenever she speaks, she speaks wonders,” the SAPM quipped.

Gill appreciated Abbas for his response to the leaked audio but questioned why the media houses have not yet addressed Maryam’s remarks. “You (media) question everyone then why [maintain] silence yourself on this issue?” he asked.

Report Card is a political show that features a panel of prominent journalists and legal experts, who grade current affairs events and share their reasoning for doing so.

PML-N leader Talal Chaudhry, talking to Samaa TV, insisted that it was important to find out who recorded the audio clips. When the television anchor asked who he thought recorded the audio, Chaudhry replied: “Whoever has the facility [to record it].”

Questioning why anyone would record the audio, the PML-N leader said: “Those who are taking their salaries, are they taking salaries to record people’s private conversations?”

“I again emphasise that the authenticity of the audio cannot be confirmed until the one who recorded it comes forward,” he said. 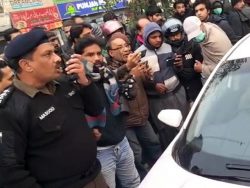 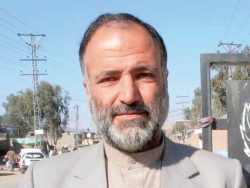