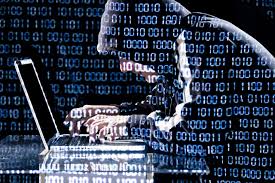 Hyderabad: The deputy director (student financial aid) of the Mehran University of Engineering and Technology (MUET), Kashif Dars, was picked up by officials of the Federal Investigation Agency (FIA) on Wednesday on a complaint that he was involved in the posting of edited/fake pictures of the university’s vice chancellor and some other officers.

The complaint was lodged by Ishfaq Leghari, an assistant director of the university who claimed he himself was a victim of cyber crime allegedly committed by Mr Dars.

It was lodged on March 15 with FIA’s additional director (cyber crime wing) at Karachi Faizullah Korejo.

FIA registered the case under sections 16, 20 and 21 of the Prevention of Electronic Crime Act-2016 read with sections 419 and 109 of the Pakistan Penal Code (PPC). It had started an inquiry into the allegation on April 25.

During the course of the inquiry, FIA found that the alleged Facebook IDs of Nighat Huma were available on internet.

One of the IDs was created through a mobile number and all the edited obscene/objectionable material (pictures and videos) were uploaded through this ID, which was registered in the name of Kashif Dars.

FIA said that the case was registered with the approval of the competent authority.

The complainant stated that he found that two Facebook pages and one account running campaign against him by using his photos and name.

The complainant, speaking to Dawn, alleged that Dars had launched a campaign against the VC, his family members and son-in-law and certain deans and professors of the university.