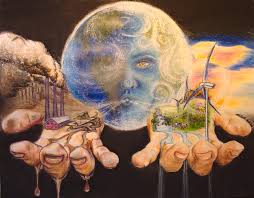 Mirpurkhas – Provincial minister for environment, Information technology and coastal development Taimoor Talpure said that federal government stopped the funds of Rs 120 billion of Sindh government, resultantly Sindh government was facing great hardships in development and social sectors. He was talking to local journalists outside the commissioner office on Wednesday after presiding over a high level meeting to improve the environmental conditions of Sindh province. The minister further said that owing to wrong economic policies of federal government, country’s economy was near to devastation.

He lamented that now prime minister asked that 40 percent resources deduction will be made from share of provinces while such act will create hurdles in ongoing development work and social projects in Sindh province while it might be occurred that Sindh government faced great hardships in payment of salaries of the government employees.

In reply a question, he said that those cotton and ginning factories functioning in the city premises and not implementing on the rules and regulation then they would have to go outside the city.

To a question of releasing of sugar mills wastage, provincial minister said that two years had given to the sugar mills for installing treatment plants and if they failed to install the treatment plant in the above time then they would face legal action in this regard.

Commissioner Mirpurkhas Abdul Waheed Shaikh said that administration was making better arrangements for better environment. In this connection he added that environmental department should prepare better planning for better implementation in future sothat environmental issues might be resolve easily.