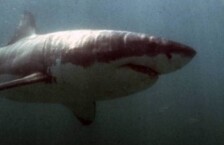 KARACHI:Regional collaboration, research, monitoring and sustainable tourism need to be promoted to conserve the shark species in Northern Indian Ocean (NIO). The population of many shark species are declining due to unsustainable fishing practices.

This was stated by speakers on the first day of three-day workshop on ‘Shark Conservation in the Northern Indian Ocean’ organised by World Wide Fund for Nature-Pakistan (WWF-Pakistan) at a local hotel in Karachi.

They discussed that NPOA and RPOA should focus on conservation and management of sharks with particular emphasis on improving species-specific landings and other data, such as on species’ movements. This plan will help underline the status of sharks and rays in the region and articulate realistic actions for by-catch mitigation, they said.

Sindh Environment and Coastal Development Minister Muhammad Taimur Talpur said that the Sindh government would take all possible efforts to conserve the dwindling population of sharks in Pakistani waters and support such steps at national and regional level. He deplored that many shark species have started vanishing from Pakistani waters due to various threats. “We need to stop illegal catch of sharks and introduce sustainable fishing practices,” he said.

WWF Shark Leader Andy Cornish shared that despite international concerns about the over exploitation of sharks and rays 20 years ago, the latest estimates show that now 25% are threatened with extinction. He shared that international shark experts have reached the conclusion that lack of species specific data and reluctance to set science-based catch limits are the key challenges in this regard. “This requires immediate corrective measures and close regional collaboration,” he said.

WWF-Pakistan Conservation Director Dr Babar Khan said that sharks are often termed as fearful marine animals, however, in reality they have much more to fear from us. It was because of our actions that many shark species are on the verge of extinction, he said. He also said that recent report by International Union of Conservation of Nature (IUCN) Species Survival Group shows that one-third of open-ocean shark species were in danger of extinction in the next few decades while, many others have had population declines of over 90% in the last few decades. “We need to control and eventually stop unsustainable shark fishing by putting a ban on shark fin soup or implement by-catch reduction policies,” he said.

Muhammad Moazzam Khan said that it was high time that Pakistan develop a national plan of action and also contribute to regional plan of action for shark conservation. He said that 144 species of sharks and rays have been found in Pakistani waters and added that WWF-Pakistan was working in close collaboration with provincial fisheries departments to help promulgate legislation for protection of sharks, mobulids, guitarfishes and other endangered and threatened species. “Under its Observer Programme, WWF-Pakistan has safely released a number of elasmobranchs including 98 whale sharks, 79 mobulids and nine rays’, he said.