Rare leopard cub released into the wild after rescue 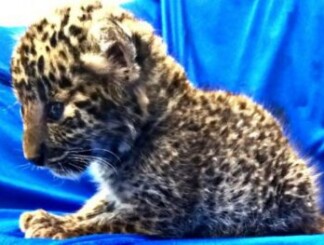 ISLAMABAD:A rare leopard cub, which was rescued from suspected animal traffickers last week, was released into the wild in the Margalla Hills on Tuesday as a senior climate change official called on the federal and provincial governments to do more to save them from going extinct.

Releasing the cub into the wild, Aslam said that animal smugglers and illegal traders are not entitled to any concession.

He added that the government must restore the natural habitat of animals to protect the ecosystem.

Punjab Wildlife and Parks Director-General Lieutenant (retired) Sohail Ashraf said it was important to sensitise the public regarding the importance of protecting animal species which are close to extinction.

Without a secure environment, it is not possible to save animals from extinction, he said.

Ashraf added that their department was taking all possible steps in this regard, but they needed support from the public.

He added that the department is committed to strictly preventing illegal wildlife smuggling and trade by implementing a zero-tolerance policy in this regard.

Further, he stated that the level of cooperation between the government and non-governmental organisations working to safeguard the endangered species has been enhanced.

To discourage poachers and smugglers, he said that they were working on a set of recommendations to raise the penalties on these crimes under the Wildlife Act to protect rare animals and birds.

The government is working on launching a campaign to make the federal cabinet free of plastic and to make it more environmentally-friendly.

This was stated by the Minister of State for Climate Change Zartaj Gul and Aslam while addressing a seminar on “Air Quality and Climate Change Mitigation and Adaption Strategies for Pakistan” at the National University of Modern Languages (NUML) on Tuesday. The seminar had been organised by the Office of Research Innovation and Commercialisation (ORIC) of NUML.

Gul said that her ministry is working on a war-footing to sensitise the masses regarding climate change. She lamented that the previous governments had failed to take climate change seriously, adding that the incumbent government was working towards a clean environment to secure the future of the country.

In this regards, she pointed to the billion tree plantation campaign under which it was striving to make Pakistan a green country.

She added that an “Apni Shahrah” programme is being introduced under which trees will be planted along the roads.

Later, the state minister planted a tree on NUML grounds.

In the concluding session, Aslam said that the quality of air in the country was not a conspiracy, rather it was the outcome of our actions.

He warned that there was no on or off switch which would make the air better.

Aslam added that the government was trying to improve climate but it will take around four to five years for visible differences to appear.

He also said that the government is working on a project in which flood and rainwater will be channelised and will have the dual effect of turning disasters into opportunities and will increase the water level in the country.

He said that his ministry is also working on shifting energy resources to avert environmental hazards.