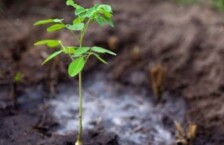 The deputy commissioner said that enhancing area of forests was inevitable to control environmental problems and pollution. “To grow more trees is the need of day and the boy scouts as well as teachers should play an effective role in this regard,” he maintained.

building of police post on Tuesday. He said on the occasion that the new building of the police station would be built with the cost of Rs80 million.