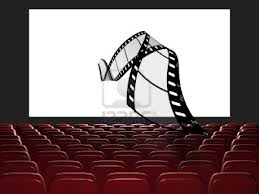 KARACHI: “It feels like there is a clinic called Amateurs’ Melodies that is distributing medicine for us old folk who suffer from these frequent bouts of nostalgia,” said senior music critic and writer S.M. Shahid.

He was speaking at the celebration of 100 Years of Cinema (1913-2013) organised by Amateurs’ Melodies in collaboration with Progressive Writers Association (Sindh) and the Arts Council of Pakistan, Karachi, here on Wednesday.

Not just memories and nostalgia, the exhibition on the first day of the celebration was a lesson in the history of music and cinema of the subcontinent. Glitz and glamour in monochrome, sepia and colour brought back to life Nargis in a dramatic Mother India poster, Sultan Rahi in a wild Maula Jatt scene on another poster as heroes Waheed Murad and Mohammad Ali, too, came back to life. Still the Indian film posters dominated the Manzar Akbar Hall. Among the poster of Oscar winners was Sharmeen Obaid Chinoy with Satyajit Ray, Gulzar and A.R. Rahman of India.

Guddu, of the Guddu Film Archives, said that the photographs, posters, film booklets and gramophone records displayed by him at the exhibition were not even a fraction of his original collection at home. The movie buff has been collecting film memorabilia for 37 years now.

“I was in class four when Pakistani film producer and director A.H. Siddiqui’s daughter, who happened to be a classmate, would bring to school a photograph of one film star or another from the sets of her father’s underproduction movies while sharing with us the latest gossip about the actors. That’s what started my interest in collecting these pictures, books and records,” he said.

Rahat Saeed said it was an adventure looking for some rare posters in the lot. “Sometimes we found a small picture which we had to blow up into a poster,” he said.

Sultana Siddiqui also said that each picture at the exhibition was taking her back to an old era. Appreciating the work of the organisers for putting together the show, she said that only obsession and passion could achieve something like that.

Sabiha Khanum speaking online from the United States shared her memories of the old days. She also said she was glad to see one of her co-stars, veteran actor Nadeem, still doing good roles on TV.

Javed Jabbar shared his memory of when he was a student wanting to see the 70mm ‘Laurence of Arabia’ at Bambino Cinema.