Disaster relief: Failing to help as minister, Sheikh hopes his NGO will fill the gap 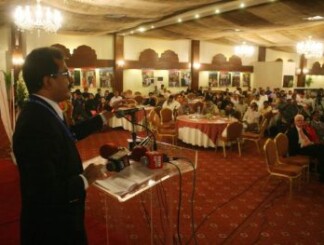 KARACHI: As a minister for relief in Sindh, Pakistan Muslim League – Quaid’s Haleem Adil Sheikh struggled to help the flood survivors. Failing to make much difference, Sheikh now hopes to fill the gap with his new NGO.

“I saw children die from a lack of food and the indifferent attitude of bureaucrats,” he recalled at the launch of Pakistan Relief Foundation on Tuesday. Even during his tenure as provincial minister, Sheikh was one of the few politicians who actively helped flood survivors in the province. He openly criticised the provincial government at the time for not releasing funds on time and district officials for not caring enough for the residents.

The governments in the past have not taken concrete measures to minimise losses during disasters, he admitted. “Most of the officials in the revenue and health departments are not serious about performing their professional responsibilities,” he said. “The people die during disasters because of this apathetic approach.”

Sheikh warned the audience that more disasters will occur in the future since the government has failed to take any concrete steps. Most NGOs too wait for disasters as it helps them get more funds, he claimed. “I spoke the truth when I was the minister and I’ll continue to disclose what is being happened in remote areas,” he said. “We really need to learn from disasters and should teach our communities to help themselves during calamities,” said Red Crescent’s Qamar Waseem.

Criticising the government’s role in providing relief to flood victims and during rehabilitation, Muhammad Ali Shah of the Pakistan Fisherfolk Forum said that Pakistan lacked proper planning to overcome disasters. “We don’t take measures to minimise losses,” he said, pointing out that the government has not allotted funds in the recent budget for vulnerable communities. “If the government can’t learn lessons from previous calamities, the people suffer again and again.” With a vision to build a strong, empowered and disaster-resilient society, the foundation’s office bearers said that the newly introduced relief organisation will work across the country with objectives to motivate and mobilise communities for their own development. 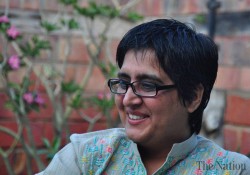 #Justice for Sabeen: Protesters demand inquiry report be made public 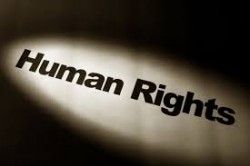 Last-gasp bid to save teenage convict