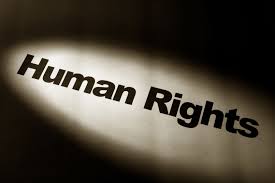 LAHORE: The Human Rights Commission of Pakistan (HRCP) has expressed serious alarm over threats of violence made against the staff of AWARE, an NGO working in Tharparkar and nearby districts of Sindh, by a relative of a provincial minister.

In a statement issued on Thursday, the Commission said: “HRCP notes with grave concern threats made against the AWARE staff by a man said to be a cousin of a provincial minister. We understand that the threat was made following a public forum held outside Chachro Press Club on February 5. An individual at the forum had complained about land grabbing by the minister’s relative. The following day two men walked into the office of the NGO and demanded that the office must be shut down or it would be attacked.

On February 6, the relative of the minister who was accused of land grabbing came to the AWARE office along with more than a dozen armed men and said that if the office was not closed within 24 hours, it would be attacked and the staff dealt with severely. The group used vehicles with official licence plates.

Video footage of armed men visiting the office of the NGO is also available online, where the individuals can also be identified. The minister’s relative has reportedly delivered similar threats to the NGO staff on the phone.

HRCP is greatly alarmed not only by the threats themselves, but also by the manner in which they have been delivered. The NGO’s efforts to lodge a complaint with the police have not borne fruit. Their written requests for providing protection to the office have also not received a positive response. HRCP calls upon the Sindh government to immediately reach out to the NGO to address concerns for their safety. The government must probe the use of official vehicles in harassing the AWARE staff and ensure that the persons who made the threats are proceeded against immediately and the office of the NGO is provided protection. An effective and swift response is imperative if the Sindh government does not want the already shrinking space for civil society organisations to recede further.”