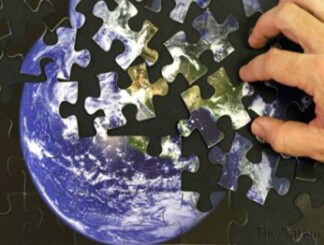 KARACHI: Climate change adaptation needs attitudinal change at macro level and it is this uncertainty that makes climate change threatening, while its impact on the South Asian region will be acute.

This was stated by the environmentalists at an inaugural session of a-two-day Mid-Term Review Workshop on Climate Change Adaptation, Water and Food Security in Pakistan hosted by the Social Policy and Development Centre (SPDC) here on Sunday.

Mid-Term Review Workshop on Climate Change Adaptation, Water and Food Security in Pakistan is a research project of the International Development Research Centre-Canada (IDRC), under which IDRC is supporting three research partners, Pakistan Institute of Development Economics (PIDE), Lahore University of Management Sciences (LUMS), and Social Policy and Development Centre (SPDC) to address critical knowledge gaps in understanding climate-related hazards in the Indus Basin as well as the implications for marginalised communities, particularly poor women within these communities in Pakistan. Other participants include World Wildlife Fund (WWF) Pakistan and Leadership for Environment and Development (LEAD) Pakistan.

A three-year project, it also examines the vulnerability based on gender, farmers’ decision-making in water stressed regions, and wider political and economic context underpinning adaptation policy and planning. The findings will contribute to climate change policies and national and local adaptation action plans in the country.

Javed Jabbar, Vice Chairman, Board of Directors, SPDC, appreciated the generosity and vision of IDRC. He lamented the fact that, even though we as a nation are very generous, we do not donate to intellectual philanthropy. He also hoped that research and enquiry would contribute to policy that would mitigate the adverse impact of climate change. Climate change adaptation he said needs attitudinal change adaptation at the macro level.

After welcoming the guests from in and outside Pakistan, Dr Khalida Ghaus emphasised the importance of the mid-term review meeting. She hoped that the three partner organisations would be able to share the preliminary findings of research, the lessons learnt and also identify the enabling factors as well as the constraints.

Touching upon the impact of climate change on the lives of the people, and their economic and social conditions in Pakistan, she emphasised the important role that RIO 20 played in bringing the focus to development in a sustainable manner and Sustainable Development Goals (SDGs ) were introduced to the post-2015 MDGs agenda. She said it has also helped bring a realisation within SAARC and as a result a number of initiatives were taken by the regional member states.

Dr Bhim Adhikarim said IDRC’s Climate Change and Water program aims to help the world’s most vulnerable people adapt to the water-related impacts of climate change. He reiterated that IDRC’s goal is to support research that improves climate change adaptation efforts, at the policy level and in practice.

Dr Munir Ahmad gave an overview of PIDE’s study, ‘Climate Change, Agriculture, and Food Security in Pakistan: Adaptation Options and Strategies’. He said that since there were gaps in research on climate change, there was a need to review and evaluate existing policies and support functions of various institutions; examine climate change impacts on agricultural productivity and food security and factors affecting the farmers’ decisions related to adaptations; identify indigenously developed best practices adopted by the communities and assess their potential to be scaled; and explore gender role in farm- & off-farm activities with reference to adaptations towards adverse climate events.

Dr Adil Najam (LUMS), gave an overview of LUMS’ study, ‘The Determinants, Impact and Cost Effectiveness of Climate Adaptation in the Indus Eco-region’. He said that the debate on whether global warming is happening or not is over as the damage to the eco system has already been done and we as a species have failed to mitigate it. He said we have to prepare for adaptation to different levels of climate change as we don’t know about the specific impact of climate change, except that the planet is warming and it is this uncertainty that makes climate change more threatening. Existing threats he said would multiply and that the impact on the South Asian region will be acute.

Asif Iqbal gave a background of SPDC’s study. ‘Gender Vulnerability to Climate Change: A Study in Disaster Prone Areas of Sindh’. He said that this study was being conducted as there were gaps in research particularly regarding socio-economic impacts of climate change and the aim of the study was to formulate a set of policy recommendations, with a focus on gender, for inclusion in disaster management and climate change adaptation strategies and plans at provincial and district levels. He said three disaster prone districts of Sindh, Tharparkar, Badin and Dadu, are part of the study.

The workshop includes informal meetings during which each organisation will make presentations on their project background, research aims, outputs and challenges, including research and practical barriers. The emphasis will be strongly on discussion and problem solving.

There should be no hegemony in media, says Javed Jabbar

Geo must not lose courage after licence suspension: Javed Jabbar