There should be no hegemony in media, says Javed Jabbar | Pakistan Press Foundation (PPF)

There should be no hegemony in media, says Javed Jabbar

KARACHI: Former federal information minister Javed Jabbar said that the topic the media chose to cover on Monday and the length of time the media devoted to that subject was superfluous as it did not serve any social purpose.

Not only the coverage was inappropriate but it was also negative. Elaborating the negative aspect of the coverage, Javed Jabbar said that the coverage inadvertently tried to place a highly inappropriate behaviour at a level at which other leaders might feel tempted to emulate it in order to attract the kind of media attention that was on display the other day.

Javed Jabbar said that 12 to 15 channels telecasting the event at the same time negated the objective of the formulation of new media which meant to have destroyed any one player’s hegemony and to have empowered the people with the diversity to pick and choose. “If all the channels focus one subject, we are certainly depriving the people of their basic rights,” he said.

Speaking to Masood Raza, the host of Geo News programme ‘Aaj Kamran Khan Kay Sath’, Javed Jabbar emphasised the need for media literacy among the people so that they could pursue the kind of information they wanted.

Masood Raza said that the mass media being society’s eyes and ears occupied an important place in society and so it was essential that the media must solely focus on truth and on the national interest.

Masood Raza said, “Tahirul Qadri’s party does not even have a single seat in Parliament. Pakistan has a parliamentary system. The parties that have representation in Parliament may have some reservations over the electoral process, but they can only express their representativeness through the number of the seats they have in Parliament. And any party in Parliament which has the capacity to practically influence national politics can stage demonstrations and take out rallies. The Tehreek-i-Insaf, for one, has been continuously holding protest demonstrations against alleged rigging of elections, but those demos are peaceful. They don’t get the kind of media coverage which keeps the spotlight on one event and excludes others.”

In a different segment of the programme, CPLC chief, Ahmed Chinoy, said that the doctors’ community was a soft target for the extortion mafia. Doctors were easily accessible because they were in the open and they stayed open late into the night, but they remained unprotected.

Chinoy advised the doctors to contact the law enforcement agencies without any delay if they got any threats. Commenting on the situation in North Waziristan, an expert in tribal affairs, Khadim Hussain, said that evacuation of people from most of the districts of North Waziristan had completed. Owing to lack of coordination between the local administration and the provincial disaster management committee serious problems had emerged in the distribution of edibles. 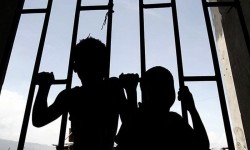