When cinema was king

There was a time not so very long ago, when there was no television and family members huddled around radio sets to listen to their favorite programs. It was also a time that people in search of entertainment made a beeline for cinema halls – for this was indeed the Golden Era of Pakistani Films. Cinema halls did roaring business and the silver screen was resplendent with quality movies like ‘Intezar’, ‘Armaan’ and ‘Yakkay Wali.’ Then blight descended upon the industry in the shape of cheap action filled movies featuring obscene dances, gory sequences and dialogues that deterred decent family viewing. Some critics also blamed television for the decline and near extinction of cinema and they may have been right because cinema going families now turned to watching good entertainment on the small screen, in the privacy of their homes.

Lahore was undoubtedly the ‘Hollywood’ of Pakistan (the word Lollywood had not yet been invented) and the two major studios on Multan Road produced excellent stuff. Lahore also showcased some great cinema halls; Plaza, Regal and Odeon showed English movies, while Sanobar, Capital and Nishat were known for Urdu and (occasional) Punjabi films. Rex and Auriga were later additions to the list, while Malik Theatre was a popular pre-independence cinema hall outside Bhatti Gate, which was snottily never reckoned amongst the names listed above.

There were usually four ‘classes’ in (good) cinemas starting from the front rows in the main hall that terraced upwards. One could buy a seat here for only twelve aanas or three quarters of a rupee. Watching the movie from the front rows was torture as one had to tilt one’s head upwards at a very uncomfortable angle. The back rows in the main hall were classified as the Dress Circle separated from the twelve aana rows by a chain. These seats were on higher elevation, each costing two rupees and four aanas. This was a category that was very popular with middle class families and was overshadowed by a curving balcony on top. It was known by no other name than the ‘balcony’ where each seat cost two rupees and ten aanas. This was where most cinema goers with means could be found. Overlooking the balcony were eight to ten private boxes. These were equipped with plush sofas and velvet curtains, with an entrance door in the rear. Each box could accommodate eight people, who were served refreshments and snacks on demand.

Plaza Cinema was a very popular venue for two reasons – one, it showed blockbuster Twentieth Century Fox Films and second, because it had a dancing school located on the first floor en route to the ‘balcony and boxes. It was while watching a movie in this theatre along with a young relative, that a large magnitude earthquake hit the city. As the building began swaying and the lights went out, I found myself the only occupant of the hall. Even today, whenever I happen to pass by the spot (accompanied by the gentleman who is now a senior bureaucrat), we remember the incident and laugh at our divergent responses.

All movies in those days began with a black and white newsreel called ‘Pakistan ka Tasweeri Khabarnama.’ This was followed by a cartoon and some trailers before the actual movie began. The show ended with the Pakistani flag appearing onscreen and the playing of the National Anthem. I remember that there was no talking and much less fidgeting in the hall than one sees now, whenever the National Anthem was played.

Mercifully, a few creative and brave souls took it upon themselves to revive cinema in Pakistan and succeeded in doing so. We can now proudly say that our films, such as ‘Khuda ke liye,’ ‘Men Hun Shahid Afridi’ and ‘Waar’ can compete with movies made in Bollywood or Hollywood. By all indicators and standards, the Golden Age of Films has returned to Pakistan.

The writer is a historian. 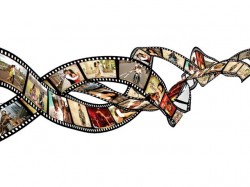 Film industry back in court battle

Hindi films should be blocked in Pakistan