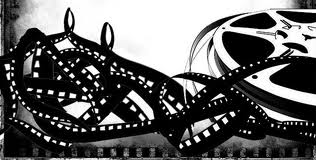 KARACHI: Although still in its infancy, the Sindh International Film Festival has got its guests excited. One of them is the face of independent cinema in India, film director Onir, who is attending the festival as one of its official guests and as a member of its jury.

“For me the most exiting part is seeing three Pakistani films which is something one does not get to see in India,” he said while talking to Dawn. “The most exciting for me was seeing ‘Lamha’, which is a Pakistani indie film, and since I am a part of the indie film industry in India, it was great to see that kind of thing happening here.”

His exposure to Pakistani cinema continues as the festival progresses. “Today I was watching Zinda Bhaag and I was most amazed by the language,” he said. “I felt I was watching a Punjabi Indian film. It made me realise how close we are in terms of our culture, language and history. We share so much and we have so much in common. Just like Indian films get released here, it would be great to see Pakistani films being released in India.”

The director, who is no stranger to Karachi as he first came here as a part of an event on social media several years ago, has plans that extend beyond the two days of the festival. “On the 14th I am holding auditions at the National Academy of Performing Arts (Napa) to cast actors in my upcoming film which is based on an adaptation of Shakespeare’s Hamlet,” he said. “I am also working on several other projects, so my objective for holding these auditions is long term. I have always been open to working with Pakistani talent — I used an Atif Aslam song in one of my film Bass Ek Pal.”

Building bridges through art and cultural exchange between the two neighbouring countries is high on his list of aspirations. “One thing that I always focus on is the language,” he continued. “Everyone speaks so beautifully here that it has inspired me to go back and learn Urdu. For me, one of the reasons for coming here is also that I would really like to see much more exchange between the two countries where film is concerned. And I would like to be a part of that exchange.”

He is not the only foreign film personality intent on developing or finding Pakistani talent, facilitated by the festival. As a part of its overreaching objectives, the festival aims to hold master classes by visiting film personalities so that they shared their experience with students in Pakistan. One of these master classes will be held by Hollywood actor and UK TV personality Roger Ashton-Griffith on acting on Jan 13. They will be held at Shaheed Zulfikar Ali Bhutto Institute of Science and Technology, which already has a strong media sciences programme.

Over 28 films were screened on the last day of the festival. Some of them were local productions such as Heer Ranjha by Karim Ul Islam about a boy from southern Pakistan falling in love with a radio personality, Anima State by Hammad Khan (who previously directed Slackistan), a documentary titled Our Daughters by Numra Siddiqui on abandoned girl-children at Edhi centres, an animated feature titled Gul by Adnan Hussain, and from across the border So Heddan So Hoddan by Anjali Monterio.

Although it went off on a slow start, the festival picked up pace by its second day. Cinema in Pakistan has suffered a lot over the past few decades. Only in the past few years has it experienced a revival of sorts. That being said, where there is a lot of raw talent in the country, there is also a great dearth of film-related expertise. Film festivals not only provide an avenue through which aspiring filmmakers can showcase their work to interested persons, including local and foreign distributors, but with initiatives such as the master classes and auditions that are due to be held, ensure that some form of learning is imparted to them.