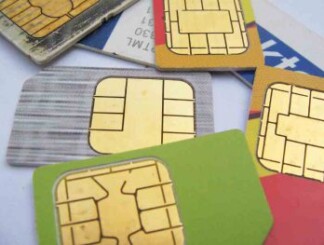 PESHAWAR: The Peshawar High Court on Tuesday directed the cellphone companies to compensate victims of terrorist activities in which their unregistered SIM cards were used.

As ruled by the court, the compensation should be paid under qisas (retribution) and diyat (blood money) laws.

The directions were issued by a bench comprising Chief Justice Dost Mohammad Khan and Justice Qaiser Rasheed during the hearing into a suo motu case of the alleged use of unregistered SIM cards in terrorist activities, including bomb blasts.

During the hearing, the bench asked Pakistan Telecommunication Authority (PTA), the Interior Ministry, Khyber Pakhtunkhwa Home Department and Federal Investigation Agency (FIA) to conduct inquiry against the people dealing in illegal SIM cards and the cellphone companies concerned, and proceed against those found guilty of the violation of the rules.

Also, it ordered issuance of show cause notices to cellphone companies for explanation on the matter and imposition of fine on them in case of unsatisfactory replies.

Directions were also issued for closure of the franchises of all such cellphone companies in the province.

During the hearing, the bench expressed concern over the use of Afghan SIM cards in Khyber Pakhtunkhwa and observed that it had learned that around one million such SIM cards were being used in the province.

It asked PTA and the provincial home department to look into the matter and inform it about the agreement under which the Afghan SIM cards were functional in the country and about the local company, which had made the agreement with an Afghan firm.

Also, it asked whether the said agreement was in the knowledge of the Commerce Ministry.

The bench expressed displeasure over the federal government’s failure to enact law to check illegal sale and use of SIM cards and observed that the government was interested only in collecting taxes on cellphone facilities and not protecting public life.

It asked Deputy Attorney General Mohammad Iqbal Mohmand to apprise the federal government of the court’s orders for legislation to punish those illegally selling SIM cards in the country.

The bench observed that terrorists had been using unregistered or illegally registered SIM cards to detonate improvised explosive devices.

PTA Director General Enforcement Abdul Samad informed the bench that in 2009, the authority, Nadra and the Interior Ministry had made a joint mechanism under which the entire data of a person seeking activation of a SIM card was transferred to Nadra for verification.

He said PTA had been planning to introduce biometric system to make the system foolproof.

Mr Abdul Samad said in the past, the Sindh High Court had ordered cellphone companies not to sell SIM cards, but the Supreme Court later issued a stay order against it.

He said PTA had fined a cellphone company Rs150 million for not following its rules on the matter.

When the bench asked if there was any law to deal with the matter, the PTA official said the government had formulated a policy but so far no specific law had been enacted.

The chief justice observed that apparently, certain elements were creating hurdles to legislation on the matter.

He observed that human lives were more important to the court than tax collection and that it wouldn’t allow cellphone companies to act in an unbridled manner in the field.

Provincial Home Secretary Akhtar Ali Shah said his department had so far held seven meetings with the owners of the cell companies’ franchises.

He said the home department had been finalising the future course of action in consultation with Inter-Services Intelligence, Intelligence Bureau and FIA to effectively tackle the issue.

Mr Akhtar Ali said the provincial government would take up the issue of unregistered SIM cards with the federal government.

The hearing into the case was later adjourned.

However, the date of the next hearing will be announced later.