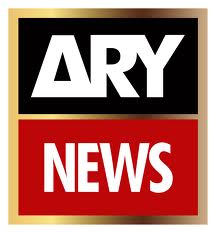 The government of Pakistan’s restive province of Balochistan has withdrawn criminal case on August 27, 2013 filed under terrorism laws against the chief executive and three other employees of ARY News, a private TV channel on August 26, 2013. The provincial chief minister said the case was lodged due to some misunderstanding. The case was registered under anti terrorism act due to showing a video about the destruction of Quaid Azam Residency in Ziarat district.

Provincial chief minister said he had been told that the case was registered on directives of the Supreme Court, but the court later clarified that it had not issued any directive for filing a case against the private TV channel.

In the morning of same day, journalists in Hyderabad city of Sindh province staged a rally against registration of the case. The rally started from the Hyderabad Press Club and terminated near Radio Pakistan. Condemning the case, Hamid Shaikh, the club’s secretary, said it is a shameful act and shocking for journalist community, the case should be withdrawn on immediate basis.

The chief minister assured that the government would investigate the matter on priority basis and also the identity of the official involved in registering the case against TV channel.

Note: The destruction was carried out by Baloch Liberation Army (BLA) who not only bombed and burnt this national heritage but also made a video and uploaded it on Social Media websites.