Highlighting the media’s role in strengthening the conversation about marginalised communities, the Legal Rights Forum (LRF) held a discussion with journalists at a hotel on Monday evening.

Expressing concern over the situation at media outlets with regards to censorship, Tahir Hasnain of the LRF said that despite being a democracy, it seems that the country is being run like an authoritarian regime.

To explain why things are this way, journalist and human rights defender Lala Hasan said that it is because the country was under direct dictatorship for more than three decades.

“While there has been censorship by state authorities, self-censorship is what journalists should be worried about, because now many media owners are drawing lines for anything that seems risky. However, the plight of women, the transgender community and the people with disabilities does get covered in the media.”

Another reporter said that covering women’s issues often leads to backlash by readers or viewers, which can often be seen on social media, because people, especially men, start posting hateful comments about the reporter and their institution.

They also discussed how the entertainment industry is still promoting stereotypical gender roles for women and depicting the stories that pit them against one another.

Hasnain feared that if the media were to continue to portray women in that light, it will become difficult for organisations to push an alternative discourse, because TV serials are watched by millions of people.

Hasan pointed out that it is the same for talk shows, saying that intellectual bankruptcy is such that people who do not scream or raise their fingers are not approved by the media owners.

Speaking about social media, Hasnain felt that freedom is being curbed there as well, because user accounts are also being monitored. He stressed that the reason reporting is getting affected is because of looming threats. Now it is tricky to report on hate speech and rising intolerance in society, he said. 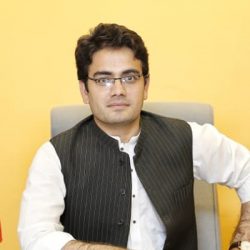