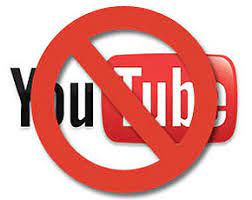 THE government has been at it again. Desperate not to allow the PTI chairman more oxygen for his continuing, relentless onslaught against the incumbent regime, it once again appears to have utilised the Pakistan Telecommunication Authority to temporarily block access to YouTube on Tuesday night, during the time Imran Khan was making a speech to supporters in Peshawar.

The blockage of the video-streaming platform was confirmed by NetBlocks — an independent organisation that tracks internet disruption and shutdowns around the world.

“The incident comes as former PM Imran Khan appears on screen to livestream a speech on the platform, following a pattern observed in August,” the organisation had noted in a tweet.

YouTube had also been temporarily blocked on Sunday, Aug 21, when Mr Khan was addressing a rally in Rawalpindi.

Industry monitors say the PTA has been blocking YouTube using technology recently acquired from a Canadian company, which allows it to unilaterally block websites without much check and balance.

The decision to block Mr Khan’s speech on YouTube came just a day after the Islamabad High Court suspended Pemra’s blanket ban on his speeches being aired on national television. That order appears to have had little effect, however, with most mainstream media outlets displaying remarkable homogeneity in editorial decision-making in continuing to keep Mr Khan off-air. Who or what is ‘inspiring’ this uniformity of action in what is an otherwise divided industry is a question worth pondering over; though it is also understandable that some newsroom decision-makers may have been alarmed by ARY’s ordeal after it gave free rein to the PTI.

Whatever the case may be, the PDM must realise that it is setting some very bad precedents which can, given the vindictiveness that pollutes our politics, be exploited by others when the tables turn against them. Therefore, the PDM government should stop playing judge, jury and executioner — for its own sake.

If anything Mr Khan has said has indeed exceeded the bounds of the law, it should be left to the courts to decide as such and punish him accordingly. Throttling him only appears to be making him an even greater martyr in the eyes of his supporters.

The media experienced some of the worst forms of intimidation and censorship during the PTI’s years in power: this government should stop perpetuating that legacy. It is only the country’s fragile democracy that is suffering as a result.