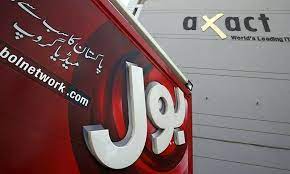 PEMRA had blocked BOL News and BOL Entertainment Monday, saying the network did not have the required security clearance from the Ministry of Interior.

“We strongly condemn the action of PEMRA, and we will present all other unjustified and unlawful actions against BOL and its owners in front of the nation,” BOL said in a statement.

The management said it stood by its employees and would not remove anyone from the BOL family on anybody’s wish or demand.

It said that PEMRA imposed an illegal, arbitrary, and mala fide ban on false and concocted allegations even though the Ministry of Interior had issued proper security clearance to the owners of BOL. “Also, the channel has already applied for the renewal of its license for its entertainment channel.”

The statement said that if PEMRA did not restore the transmission of BOL channels, viewers could watch them on its official YouTube channel.

Afzal Butt, President of the Pakistan Federal Union of Journalists (PFUJ), called off a planned protest for the restoration of BOL. He greeted all union leaders, supporters, and BOL employees.

A Rawalpindi-Islamabad Union of Journalists (RIUJ) delegation visited the BOL offices in Islamabad to greet the staff.