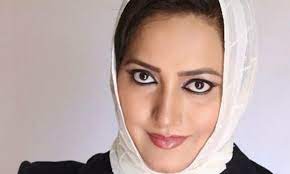 Pakistan Tehreek-e-Insaf once again finds itself in the middle of an online battle with journalists, with journalist Asma Shirazi its prime target — once again. The journalist took to twitter to talk about ARY News’ coverage of a Supreme Court hearing, where her picture was used despite her not being involved in the case.

This prompted Special Assistant to Prime Minister of Pakistan on Political Communication Shahbaz Gill to respond with a tweet of his own, alleging that Shirazi is only concerned when she is attacked and not when she maligns women “who are sitting at home.”

In a series of tweets, he went on to allege that Shirazi takes bribes while also saying that if she has a problem with her character being maligned, she should have thought of that before “cussing out women” from other households.

He then went on to challenge the journalist about her financial assets and said he will declare his, if Shirazi declares hers.

It called Shirazi’s tweet ironic, while alleging that she “targeted a woman in an article” she authored.

Many prominent journalists on Thursday took to twitter to support Shirazi and emphasised how Attorney General of Pakistan Khalid Jawed Khan did not mention the journalist in court like the ARY clip seemed to suggest by using her picture. It is pertinent to mention here that the Supreme Court was hearing a Suo Motu case about the harassment of journalists, where the attorney general pointed out that a campaign was run by journalists to malign first lady Bushra Bibi.

Some Twitter users also decided to share their own two cents in Shirazi’s favour, with some saying this was a classic case of “misquoting the Supreme Court” by the ruling party.

Some were of the opinion that PTI needs to realise the words “jaddu tona” (magic and the occult) are not exclusive to the first lady and it doesn’t necessary mean she was being targeted.

This targeting that both Gill and the PTI tweet are referring to was yet another misunderstanding created after Shirazi’s column ran in BBC Urdu, in October 2021. The piece mentioned how the economy cannot be saved by slaughtering goats or “spilling the blood of pigeons.”

What was a seemingly harmless statement turned into intense backlash for Shirazi from PTI corners, with many ministers and supporters calling the journalist out? The column in question did not name any particular person but the verdict was out and it was not in Shirazi’s favour. Many thought the mention of pigeons and goats were directed towards the first lady.

The online hate was so great that organisations such as Reporters without Borders tweeted in Shirazi’s favour against the online backlash.