LAHORE: Veteran short story writer, novelist, columnist and poet Intizar Hussain passed away on Tuesday at a hospital in Lahore. The 92-year-old was undergoing treatment at a private hospital.

Hussain was among the 10 finalists for the Man Booker International Prize for fiction in 2013.

He was the first Pakistani and the first Urdu writer ever to be nominated for the international award.

Intizar Hussain was also conferred upon the ‘Officer of the Order of Arts and Letters’ by the French Ambassador to Pakistan Philppe Thiebaud in September 2014. 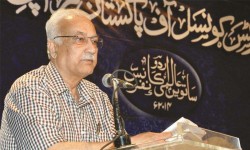 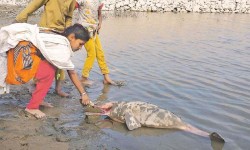