US consulate says has programmes to support journalists 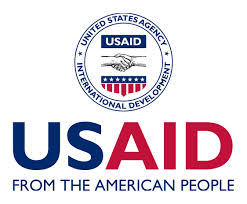 KARACHI/UMERKOT: US Consul General Brian Heath has said that US Consulate General Karachi has many programmes to support Pakistani journalists and cited US State Department funding and support for the Center for Excellence in Journalism (CEJ) at the Institute of Business Administration in Karachi.

This he expressed while talking to journalists during his visit to Umerkot Press club. “The CEJ offers training and support for professional journalists across Pakistan,” said Mr. Heath while noted that the US government has sent many Pakistani journalists to the US for training and exchanges as part of its International Visitor Leadership Programme, including most recently, reporters from media houses. “While the journalist community in Umerkot is small, it has played an important role in covering events in lower Sindh,” said Mr. Heath. “I know that journalism in Pakistan can be a demanding, dangerous profession and my team and I applaud your hard work and efforts.”

The United States, he said, is investing in numerous communities throughout Sindh. The US Consul General also inspected US Agency for International Development (USAID) projects to rehabilitate schools and improve child and maternal health. “I’m proud of the work we are doing here in lower Sindh. We are doing much to improve the health and education of young people in the province.” US Consul General and his delegation also toured historic Umerkot Fort. “Sindh has a rich and fascinating history,” he said, while explaining that the US government is helping preserve the Makli Hills necropolis in Thatta, Sindh.” He also joined a Diwali event organized by Hindu students and met Thari musicians, including Mai Dhai, who recently returned from a music festival in Austin, Texas.