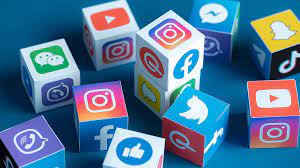 LAHORE: The Punjab School Education Department (SED) has suspended two schoolteachers for using social media networking platforms in violation of an order barring them from such practices.

Earlier, the Punjab government had barred the government employees from using social media networking platforms and directed them to stay away from the ongoing smear campaign against state institutions and siding with any political party.

According to a notification, many government servants were found using social media websites and applications, including Facebook, Twitter, WhatsApp, Instagram, etc, to express their views on a host of subjects, sometimes indulging in actions or behaviour that did not conform to the required standards of official conduct, as envisaged in the rules.

The Punjab School Education Directorate of Public Instruction (DPI) also issued directions to all divisional directors (elementary education) and chief executive officers of the District Education Authorities (DEAs) regarding the ban on use of social media by government servants.

In case of any violation, the SED warned the schoolteachers of strict action.

However, some educationists condemned the government for imposing a ban on use of social media for its employees and termed it a fascist act.

They say the state should not impose such a ban as it may turn the country into a police state.