PESHAWAR: The Peshawar High Court has ruled that indecent and objectionable material is being uploaded on the popular video-sharing application TikTok without restriction in violation of Islamic moral values and ethics, so the ban will continue in the country until a mechanism is in place to filter such content.

In the detailed order on a petition against TikTok, a bench consisting of Chief Justice Qaiser Rashid Khan and Justice Mohammad Nasir Mehfooz directed the Pakistan telecommunication Authority to ban the Chinese-made app in the country until some mechanism was introduced to filter its material, which was immoral and indecent and violated social norms and ethics.

It sought a progress report in this respect from the telecom regulator on Apr 6 and adjourned hearing until them.

In the joint petition, 40 Peshawar residents had requested the court to direct the respondents, including PTA and Federal Investigation Agency, to ban TikTok in the country over the violation of the constitutional provisions, which don’t allow acts contrary to Islamic code of life in the country.

Following the court order on Mar 11, the PTA directed the internet service providers to immediately block the people’s access to TikTok. The app is currently inaccessible in the country.

“On the preceding date of hearing, keeping in view the serious issue regarding the misuse of TikTok application by the younger generation especially the teenagers, whereby, indecent, vulgar, immoral, objectionable and lewd material in the shape of videos and pictures are being uploaded without any restriction, which is of course against Islamic morality and ethics, we had directed all the concerned quarters to put their heads together and devise a mechanism/formula to check such menacing tendency at the earliest and that is how they are before the court,” the bench ruled.

“Mr Kamran Khan, the director general of the Pakistan Telecommunication Authority, apprises the court that the matter has time and again been taken up with the concerned headquarters at Singapore but the desired results could not be achieved. Since there is no TikTok office at domestic level, therefore, they feel handicapped to control or restrict the uploading of such like immoral and objectionable material except that the application is banned or for that matter closed,” the bench pointed out.

The bench observed that during course of arguments some more nasty/ offensive material had been produced by the petitioners, which was being uploaded boldly and daringly.

“No doubt, it is apparently mere an application just for entertainment but over a period it has become an addiction to which mostly the younger generation has fallen prey,” it ruled, adding that inspired by the TikTok application, some teenagers reportedly committed suicide in the country.

The bench observed that due to such like activities, the TikTok application had been banned by some of the Muslim countries and certain other countries as well.

The petitioners have stated that the contents shared on this application were in violation Pakistan`s constitution guaranteeing social and moral wellbeing of citizens.

The respondents in the petition were the federation of Pakistan through the interior secretary, the ministries of law and justice and information, PTA chairman, Pakistan Electronic Media Regulatory Authority through its chairman, and FIA cyber-crime wing.

Counsel for the petitioners, Nazish Muzaffar and Sara Ali Khan, said a Chinese company, Byte Dance, had launched the controversial app in 2016 and subsequently introduced it world over.

They contended that being a Muslim country if this app could not be banned completely in Pakistan at least it should be banned to the extent of inappropriate contents. 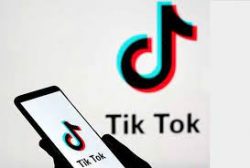 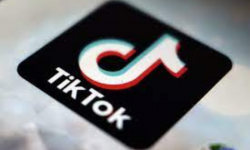