SUKKUR: Three women were killed over Karo Kari on Wednesday. Police said a man Ghulam Sarwar Jalbani axed to death his wife Shabnam on the charge of illicit relations in the limits of Ratodero and absconded.

Police shifted the body to a local hospital, but failed to arrest the killer. In the case of other Karo-Kari killing, a man Makhno Oghahi shot dead his daughter, alleging her of being a Kari in Ghauspur.

Yet other reports said an accused Nabi Dad shot dead his wife Khursheed on the charge of being a Kari in Abdullah Colony of Ghauspur.Meanwhile, in the limits of Ghotki, an accused Ali Murad Sheikh attempted to kill his wife in the Lal Peer Mohallah. Police brought the woman to a Sukkur Hospital in critical condition. 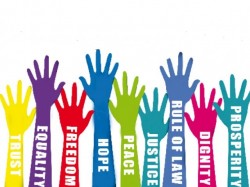