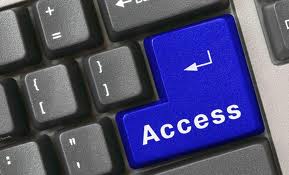 ISLAMABAD: Investigative journalist of The News, Waseem Abbasi has won the annual RTI (Right To Information) Champion Award for his work on health and education issues based on certified information obtained through right to information laws of Punjab and Khyber Pakhtunkhwa (KP).

The award was presented by PPP Senator Farhatullah Babar at a ceremony organised by the Coalition on Right to Information, at National Press Club here on Thursday. The RTI Champion Awards are given each year to a journalist, a citizen and an organisation for their contribution to the right to information movement in the country.

In the organization category, a prominent Karachi-based civil society organization Shehri-CBE won the award for its contribution for the promotion of right to information in the Sindh province.

Speaking on the occasion as chief guest, Senator Farhatullah Babar applauded the winners for their role in promotion of civil rights in Pakistan and termed RTI law a great tool to promote transparency in the country. He appreciated the journalist community and civil society for their efforts to promote right to information.

He said RTI-based stories cannot be denied by the government officials as they are backed up by certified information obtained through legal means.

The PPP Senator who played key role in drafting federal RTI law said Waseem Abbasi’s stories on social issues have not only created awareness among people but also forced the government to rectify its policy errors in the areas of health and education.

Speaking on the occasion, Waseem Abbasi said RTI is a great tool for journalists to have access to certified information for their stories. He also highlighted challenges in implementation of RTI laws in Punjab and KP.