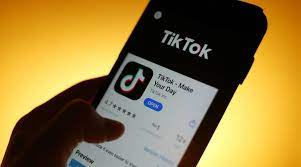 ISLAMABAD – The Islamabad High Court (IHC) Monday made the observation that apparently banning the video-sharing platform TikTok is a violation of the rights, enshrined in the country’s Constitution.

A single bench of IHC comprising Chief Justice Athar Minallah observed this while hearing a petition moved against the banning of TikTok.

During the hearing, IHC chief justice remarked that the platform was a source of income for thousands of lower income people. He added that by taking the decision of banning the platform, the Pakistan Telecommunication Authority (PTA) is also discouraging the talent.

The court remarked that TikTok had become a source of income for thousands of people in the country and such action opposed the constitutional rights of its users. It further said that hate speech or vulgar content, which were the main reason for banning the TikTok, are found everywhere on the internet and not just on this app.

Social media platform is a source of income for thousands of lower income people, remarks IHC

The IHC bench observed if banning was the only way to control the problem then it must be implemented on all applications.

The IHC chief justice said that this matter should be handled in a professional manner.

He further said that a society’s values should be strong enough for people to not watch something wrong. He remarked that these are the challenges of advanced technology.

He asked that do we want to be cut off from the rest of the world. He also said that what could be more surprising than that the PTA does not even know about the social media experts in the country.

The bench said that as per the PTA’s affidavits submitted with the Peshawar and Sindh high courts, only one per cent of the content on TikTok was objectionable.

The PTA filed the report but there was no response to the court’s directive, the high court added. The bench directed that the federal government and PTA should submit the names of social media experts to the court. It also directed the PTA to satisfy the court on the next hearing. Later, the court deferred the hearing till November 22.

In this matter, Muhammad Ashfaq Jutt, senior vice-president of Pakistan Kickboxing Federation filed the petition under Article-199 of the Constitution of Pakistan and cited Cabinet Division secretary, ministry of Information Technology and Telecommunication secretary and the PTA chairman as respondents.