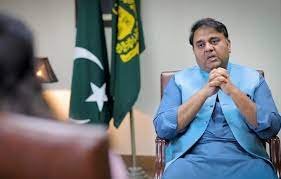 Addressing to the closing session of the Margalla Dialogue 2021, organized by the Islamabad Policy Research Institute (IPRI), he said that a few years back, it seemed that the information domain was becoming less important, but suddenly with ‘huge outbreak of technology’, it turned out that the information was now driving everything in the world.

While citing example of the Viking—member of the Scandinavian seafaring warriors who used to raid different areas in Europe from the 9th to the 11th century, Fawad Chaudhry said the morality of war in the past was nothing more than attacking and plundering a land. He also gave example of Nadir Shah who invaded India and left it after loot and plunder.

While pointing to substantive changes in war morality after the Treaty of Westphalia and Second World War, he said, the East India Company also came to the sub-continent and then had to return [to the United Kingdom] after the World War II, he said.

The information minister said, after 1950s there has been no annexation in the world except of Kuwait when it was invaded by Iraq, but it also had to leave Kuwait due to change in ‘war morality’ resulted from the international law developed in the backdrop of the World Wars I and II.

He said in traditional sense, the United States conquered Afghanistan in three hours when their Air Force entered Kabul and defeated the Taliban [in 2001], but could not deliver replacement in Afghanistan.

The information minister said Quaid-e-Azam made Resolution of Pakistan in line with the interpretation of political nation state given by Allama Iqbal.

Fawad said, till 1969, Pakistan was the third largest film-maker country in the world having second number of cinemas in the world. In 2005, the country had faced massive decline in the film industry and not a single film was produced.

Likewise, this year up to two films were produced, he added. How the world would know [our] story when the film industry was in crisis and there would be no TV drama, music and culture, the minister noted.

All the mediums have been damaged, he said underscoring the need to strengthen the institutions to ensure effective presentation of the state narrative.

He said when the Taliban regime came to an end in Afghanistan and Hamid Karzai assumed the office, the TV channels of different countries started operations there, but Pakistan did not sponsor a single channel there.

Pakistan should have developed a soft power in Afghanistan at that time, he said while drawing comparison with India which was providing massive aid to TV channels.

Currently, there has been 143 channels in the country, including 50 foreign ones and thousands of YouTube’s, he said adding despite presence of huge media the false propaganda has been launched against Pakistan that media was not free in the country. 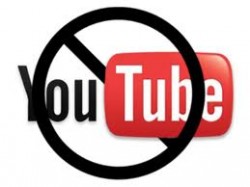