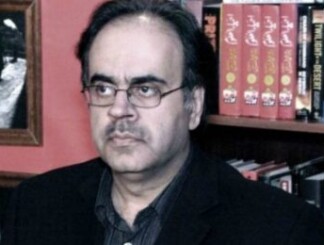 ISLAMABAD: In an interesting turn of events, both the counsel for Dr Shahid Masood and the investigating officer (IO), who was probing the anchorperson in state-run TV corruption case, have strongly criticised the court decision to reject anchorperson’s bail plea.

The anchorperson who is accused of causing loss of Rs37 million to national exchequer during his tenure as managing director of the state-run TV by approving contracts for fake companies is currently in judicial custody in Adiala Jail after his arrest by the Federal Investigation Agency (FIA) on November 23.

The court rejected his bail application on December 22. In its decision, the court also reprimanded the FIA IO Kashif Awan for poor investigation and directed the trial court to conclude the trial within six months.

Talking to The News, counsel for Masood Advocate Shah Khawar said the court has stepped out of its jurisdiction in refusing the bail and issuing directions to the investigating agency. “This is an unprecedented decision as normally the bail is granted in such cases where no evidence is found against the accused,” Khawar said.

He said the decision will be challenged in the Supreme Court and it will also be pleaded before the apex court to expunge the remarks made by the judge in his decision on the bail plea. He said when hearing the bail plea, the court is not empowered to issue directions to the investigation agency. “The court just has to see the evidence present and decide whether to grant or refuse the bail but in this case it has issued directions to investigation agency to change IO and the remarks made in the decision could negatively affect the case of my client,” the lawyer said. He said the IO has alleged in his report that Shahid Masood misused the authority as managing director of the state-run TV while approving a payment for fake companies. “However the IO has told the court that he could not find any evidence of any financial corruption against my client, so how could section 406 of Pakistan Penal Code (PPC), which deals with criminal breach of trust, be applied in this case,” he asked.

Khawar said there was no financial liability against Dr Masood as the two main accused in the case have already deposited 90% of the embezzled amount. He said the accused was also charged with Prevention of Anti Corruption Act 1947 which is applied when a public servant takes bribe in return for some favour. “But in Dr Shahid Masood’s case there is absolutely no evidence of any financial gain so how could this clause be applied on him?” Khawar added.

The lawyer said when both the accusations have been proven wrong, the case against Dr Masood falls apart, so he deserved the bail which was not granted. Interestingly, the FIA IO in the case, Kashif Awan, also termed the verdict self contradictory and based on assumptions rather than facts.

When contacted for his version, Awan said: “It’s (verdict) self contradictory based on assumptions rather than facts. If investigation was poor then post-arrest bail shouldn’t reach Supreme Court; instead trial court and high court should have granted him bail. It’s 5th time that court has rejected his bail petition.” Awan said he would also challenge the verdict in the Supreme Court.

He said that he respects the judgement and have the legal right to challenge it to the extent of observations made by the court regarding him in the Supreme Court, adding that he would avail his right, he added.

Kashif Awan reiterated his statement that he recorded in the court that no evidence over the exchange of funds could be found against Shahid Masood and that no statement had been recorded by the co-accused to prove that Dr Masood was paid any share from the embezzled amount. Kashid Awan insisted that his investigation was not weak as he proved the case of misuse of authority against Dr Masood.

According to the FIA officer, Masood signed agreements with fake companies to obtain the media rights for the Pakistan Cricket Board. The companies were paid an amount of Rs37 million for their services.

The anchorperson has pleaded before FIA that he signed the document in good faith and he was not aware of the fact that the company getting the approval was fake as the documents were duly wetted by the TV’s legal department. He also opined that the financial liability was fixed against main accused Kashif Rabbani (the than National Marketing Manager of the TV) and Fawad Shabbir of M/s Deen Creation Lahore and Mustafa Gilani of M/s International Sports Solutions who had admitted their guilt and paid their liability.

In his detailed decision on 22nd December, the court observed that the FIA investigation officer had not properly investigated the potential financial benefits obtained by the accused Shahid Masood.

“The verbal statement of the IO before this court is his opinion which is not binding on this court but this shows his malafide to persuade this court to leads toward specific side, therefore, the DG FIA is directed to appoint some responsible officer to look into the daily diaries recorded by the present IO who has failed to investigate the matter properly,” the verdict reads

Although National Marketing Manager of the state-run TV Kashif Rabbani is originator of every document but the responsibility lies upon the MD to verify the credential of the companies, even the petitioner was not authorised to sign the document without the approval of the board. All these facts lead to prima facie view that the petitioner is involved in the scam and linked with the offence of causing huge loss to the public exchequer, the court said while rejecting the bail application of the petitioner Shahid Masood.