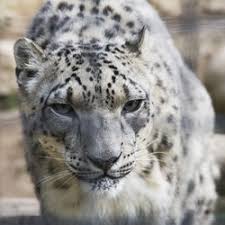 ALTHOUGH not entirely unexpected, it is still regrettable that the country’s efforts at conservation and the protection of wildlife are often an exercise in taking one step forward and two steps back. Consider the case of the Himalayan snow leopard. It is the top predator of its habitat which extends up to three million kilometres across the great mountain ranges. But the species’ population is thought to number only 10,000 worldwide at the most generous estimate. Only a few hundred are believed to exist in this country, on the slopes of the Karakoram, the Himalayas, and the Hindukush. About a decade and a half ago, the feline was listed as critically endangered in the IUCN Pakistan Red List. Hectic work on the issue and the dedication of conservationists meant that the numbers went up enough to take it to ‘merely’ the endangered status. But now, wildlife experts are noting an “alarming decline” in the animal’s numbers in this country. As reported by this paper on Sunday, while the problem of poaching remains, as does that of the targeting of the animal by villagers in a bid to protect livestock, the emerging threat is climate change and an expanding human footprint that is leading to the loss of the predator’s habitat and the food chain of which it is a part. The populations of its natural prey — the ibex, markhor, Ladakh urial, etc — are also dwindling for the same reasons, which recursively leads to the small snow leopard population hunting livestock.

None of this is to detract from the importance of success stories, such as those generated by the efforts of the Snow Leopard Foundation, where villagers have been sensitised to the endangered status of the species and solutions have been found for providing compensation for livestock losses. Even so, the example of this species ought to be taken as reason enough to recognise that conservation efforts cannot be slowed down, otherwise the gains can too easily, too heartbreakingly, be lost.