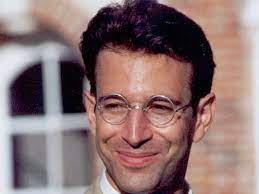 KARACHI: Sindh High Court (SHC) on Thursday ordered the release of a British-born militant convicted of murdering American journalist Daniel Pearl who was kidnapped and beheaded in Karachi in 2002.

The decision by Sindh High Court comes months after it sparked outrage for overturning the murder conviction and death sentence of Ahmed Omar Saeed Sheikh, and acquitted three other men connected to the case.

An appeal against the acquittals which is ongoing in Supreme Court had effectively halted their release, but defence lawyers argued against their continued detention in Karachi.

The court has found there is “no valid reason for depriving them of their freedom,” said Mahmood Sheikh, who is representing Sheikh and his co-defendants.

“The release might take place today and if not then it is in the next 24 hours. There is no legal hitch in setting them free,” he added.

In a written order issued Thursday, the court said all four “shall be released from jail forthwith on the receipt of this order”.

Sheikh, a seasoned jihadist who once studied at the London School of Economics and has a history of kidnapping foreigners, was arrested days after Pearl’s kidnapping and later sentenced to death by hanging.