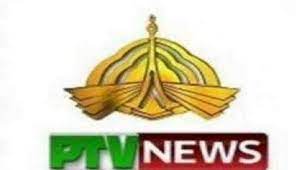 ISLAMABAD: Islamabad High Court (IHC) on Thursday issued notices to Naeem Bokhari, secretaries establishment, information and broadcasting along with the attorney general in relation to a petition filed against the appointment of Bokhari as chairman of Pakistan Television (PTV) board of directors.

The court has sought replies from them within a fortnight. Bokhari’s appointment was challenged by a citizen, Arsalan Farrukh. During the course of hearing, IHC Chief Justice Athar Minallah inquired about the matter’s illegality from the petitioner’s counsel, Raja Shakeel Abbasi.

Mr Abbasi informed the court that Bokhari was overage, adding, the Supreme Court in a case related to the appointment of Attaul Haq Qasmi had defined the standard for making an appointment on this post.

The petition challenged the Bokhari’s appointment, on the basis of it being in violation of various verdicts of the Supreme Court and IHC, that had laid out clear guidelines for such appointments.

The petitioner pointed out that contrary to the apex court’s directions of advertising the post in the press, the appointment was made without inviting applications for the vacant position.