KARACHI: There is a need for a comprehensive study to examine the cumulative environmental impact of coal-fired power plants that have been proposed to be built within five kilometres area of Port Qasim, the director general of the Sindh Environment Protection Agency (Sepa) has said.

He was speaking on Monday at a local hotel at the conclusion of a public hearing held to provide an opportunity to stakeholders to share their concerns over the Environment Impact Assessment (EIA) report on the coal power plant (CPP) proposed by the Fauji Fertilizer Bin Qasim Limited (FFBL) in the Port Qasim area.

“Aside from FFBL’s 110-120 megawatts power project that is quite small capacity-wise, two bigger coal-based projects [Sino Hydro project of 1,300MW and K-Electric of 1,200MW) have been proposed in close proximity in the Port Qasim area. This is of concern and the government agency will ask for a comprehensive study to assess the cumulative impact these projects would have on environment,” said Sepa DG Naeem Mughal.

The concentration of coal-based plants within 5kms distance could lead to environmental issue at a later stage, he added.

A fact highlighted during the programme that a coal terminal was being built at Port Qasim came as a surprise to the Sepa DG who asked the relevant organisation to contact Sepa and present an environment impact assessment report of the project.

“The PQA is bringing a dedicated coal jetty. We don’t know anything about it. If the PQA is doing so, it’s their responsibility to consult us and get an EIA done,” he said.

During the question-hour session, a number of concerns were raised on FFBL’s project and an important one pertained to the company’s decision of importing coal (sub-bituminous type) from Indonesia and South Africa. They also said that transportation of coal through trucks would cause increased air pollution and the company should go for a conveyor belt system.

“The ash disposal system has not been critically designed and ash discharge would be high. The ash content needs to be neutralised and stabilised before taking it to a landfill site. Besides, the air modelling shown in the report does not show full emissions,” pointed out former secretary of environment Shamsul Haq Memon.

Senior environmentalist Arshad Ali Baig said that water requirement of the plant was too high and the project should be designed in a way that it had zero discharge.

“We already have a serious problem of contaminated water. Leachate (a term commonly used in the context of land-filling of putrescible or industrial waste) is a serious issue and Sepa would do well if it subjects your NoC with the assurance to establish a sound system for waste disposal,” he said.

He also criticised the technology recommended to be used in the proposed plant and said that it was “not so sound” to prevent the problem of air pollution. The EIA report, he said, didn’t specify maximum fallout of the plant’s operation.

He also stressed the need to show the cumulative environmental effects of the operation of the proposed plant for the whole year.

One participant in the meeting pointed out that the discharge of mercury and arsenic was not addressed in the project.

In reply, an FFBL representative said that initially imported fuel would be used, but the plant design was flexible enough to use local coal at a later stage. “But we cannot develop a coal mine. Everybody has to play their role,”

The conveyor belt system, he said, would cost more than $50 million. Special trucks, he assured, would be used to transport coal and would entirely be covered. Once the coal terminal at Port Qasim starts operating, the company would start using that facility.

For ash disposal, he said, a consultation process was in progress to encourage cement manufacturers to use ash as filler. The other option was that the company started brick manufacturing from ash alongside the power plant. “Dumping wouldn’t be throwing off the waste. It would be dealt according to international guidelines,” Mr Ahmed said.

The coal dust issue, he said, would be tackled once the vehicle left the port area. “While within that area, it’s the responsibility of the port administration,” he said.

On mercury and arsenic discharge, it was explained that the company could handle the issue by giving specifications for the coal required at the time of import.

Earlier, the audience was informed about the project’s salient features according to which the company had been operating an ammonia-urea-DAP (diammonium phosphate) fertiliser complex spread over 350 acres in the eastern industrial zone of Port Qasim for a long time and its current total fertiliser production stood at 5,722 tonnes per day.

The company is the only DAP producer in Pakistan with a market share of over 50pc and now it intends to install a coal power plant within the existing complex.

“The need has risen due to persistent gas shortages that have seriously hampered fertiliser production. Under the project, the fertiliser plant’s steam and power generation processes would be shifted from natural gas to a coal-based power plant,” Mehboob Ahmed said.

The gas-to-coal fuel conversion, he said, would generate employment opportunities, save natural gas, stabilise fertiliser prices that were going up, help alleviate power crisis in the country as additional electricity of up to 70MW would be provided to the national grid.

The coal, he said, would be received via ships of 40,000 to 60,000 tonnes and would be unloaded either at Karachi Port or Port Qasim once the Pakistan International Bulk Terminal being built there got ready. Trucks of 55-tonne capacity would transport the coal from the port to the complex.

The project, he claimed, would have all facilities to meet international and local environmental standards. 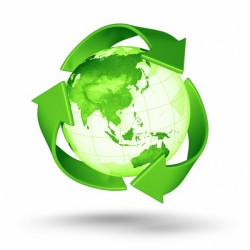 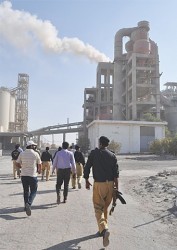