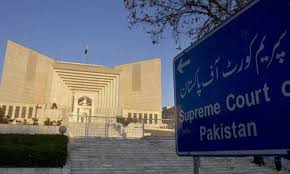 ISLAMABAD: Justice Qazi Faez Isa, a member of the Supreme Court bench hearing the 20-day Faizabad Interchange dharna case, on Wednesday questioned why the people of Pakistan were destined to live in constant fear while those who ransacked everything, flouted the Constitution, restricted the right to movement and even gouged the eyes of police were free to do anything.

“Nobody is pointing out the elephant in the room,” Justice Isa regretted, wondering if the authorities being represented by Deputy Attorney General Sohail Mehmood and Defence Ministry Director Falak Naz in the court wanted to make Pakistan a security state.

Asking the DAG if he wanted to say that some people were above the law, the judge observed: “People are scared not of the enemies of Pakistan but of the people within the country.”

The SC bench, which also comprised Justice Mushir Alam, expressed displeasure over the little information provided by the ISI about the source of income of the Faizabad protesters, their funding and bank account details.

When the DAG quoted the ISI report to mention that the protesting leaders collected funds from around 45,000 people, Justice Isa wondered why it could not be assumed that state enemies had provided them the required funds. He told the officer that if he wanted to read fiction, he could read the report.

Justice Alam then asked the law officer if the government had conducted an audit of the money used for the 20-day sit-in and whether there existed an authority to regulate madressahs and their activities.

The bench ordered the DAG to ensure that the fundamental right to information was strictly fulfilled and all sources of information were freely available to citizens across the country. Justice Isa asked the law officer under which provision of law channels such as DawnNews and Geo TV had been blocked in some parts of the country. “Dawn was founded by Quaid-i-Azam Mohammad Ali Jinnah,” Justice Isa said. “Are you standing against the principles the Quaid-i-Azam stood for?” he wondered.

“Should we direct the ISI to conduct a survey where the Geo channel is not available?” Justice Isa asked, observing that if Geo TV was breaking the law, then strict action should be taken against it as the court had no favourites.

Justice Isa said he was not in the same country that his forefathers had created. Recalling that his grandfather, Qazi Mohammad Isa, was the president of the All-India Muslim League from Balochistan, he said: “We are the sons of those who created this country and this country was made with the power of the pen and not from the power of any arm. The founding father did not have any brigade but dedicated people with him.”

He asked the deputy attorney general and defence ministry director whether those with batons would rule the country. He also inquired how the banners of those who had staged the 20-day sit-in in Islamabad remained hanging on the poles. “Are we complicit in projecting a particular point of view?” he asked.

Justice Isa also bemoaned a vilification campaign against judges, including the chief justice, being launched on social media immediately after cases were closed.

When the court asked the counsel for Pemra what action had been taken against Channel 92 for violating laws, senior counsel Hafiz S.A. Rehman said the Council of Complaints had issued a strict warning to the channel. “This indicates how powerful they are,” said Jusitice Isa. Expressing dismay over the action, the bench observed that the actions were cosmetic with no serious effect.

The court ordered action against those responsible for the delay in Pemra chairman’s appointment, observing that assurance had been given that the post would be filled within four weeks. The bench also summoned the attorney general and defence secretary at the next hearing, fixed after 10 days.

Meanwhile, Justice Shaukat Aziz Siddiqui of the Islamabad High Court sought the federal government’s reply on a petition seeking a copy of the inquiry report on the Faizabad sit-in.

Justice Siddiqui directed the deputy attorney general to submit a reply on the petition filed by Advocate Inamur Rahim Khawaja seeking to make the report public.

The hearing was later adjourned till the first week of May.