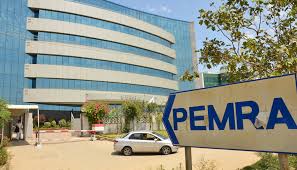 ISLAMABAD: The Pakistan Electronic Regulatory Authority (Pemra) on Wednesday issued show cause notices and an advice to three news channels.

A show cause notice has been issued to a channel for maligning the credibility and passing derogatory remarks against the judiciary in its programme “Do Rai” aired on 21-04-2018, says a Pemra statement.

Moreover, an advice has been also issued to a channel to refrain from airing anti-judiciary content as violation in this regard has been observed during programme titled “DNA” on 18-04-2018 wherein anti-judiciary slogans chanted by the mob were aired.

Likewise, an advice was issued to a channel for airing anti-judiciary remarks in its news bulletin on 20-04-2018. “Both the channels are, therefore, advised to ‘tighten up’ their editorial control and deploy time-delay mechanism in order to avoid any undesirable comments and remarks on their respective channels,” the statement said. Any violation in the matter is liable to strict legal action under Section 29 and 30 of Pemra Ordinance 2002 as amended by Pemra (Amendment) Act 2007, it said.