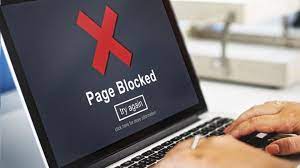 AT last, Attorney General Khalid Jawed Khan’s assurance to the Islamabad High Court in January, that the government is prepared to review the controversial Removal and Blocking of Unlawful Online Content (Procedure, Oversight and Safeguards) Rules, 2020, has been fulfilled — in part. An inter-ministerial committee has been formed following the AG’s recommendation to the prime minister that “further and broad based consultations were required for framing of comprehensive rules for regulation of social media which protect the fundamental rights of freedom of speech and right to information as envisaged under Articles 19 and 19-A … while also ensuring that social media platforms are not abused and material is not disseminated in violation of laws”. It is to submit a report of its recommendations within 30 days. Perhaps with the human rights minister at the helm of the review committee, Pakistanis can hope for a better outcome — one that is premised on upholding the rights of citizens over arbitrary and excessive expansion of the powers of the state. Indeed, the attorney general admitting that it was a mistake to not involve relevant stakeholders in the process is a welcome acknowledgement. However, there are still valid reasons to remain wary.

For one, according to Media Matters for Democracy, the petitioners who are challenging the constitutionality of the rules in court objected in a hearing on April 1 to the ‘one-sided’ composition of the review committee. While the government has given assurances that all stakeholders’ feedback will be taken into account, we have heard this many times before, from both the incumbent and previous government — and consistently been let down. Last year’s ‘consultative’ processes on the new rules amounted to eyewash. Including relevant stakeholder representatives within the committee itself can help to repair damaged trust and lend the process much-needed legitimacy. Even more critically, however, is that any meaningful consultation would lead to only one logical conclusion, one that has been voiced repeatedly by rights groups and digital experts — that Pakistan’s current digital governance structure is fundamentally antithetical to a free and open internet in which citizens’ rights are affirmed and digital innovation and commerce are allowed to flourish. Addressing this would require not only scrapping the new rules in their entirety, but drastically overhauling the Prevention of Electronic Crimes Act, 2016. Is the government prepared to listen to its people and see such a process through? 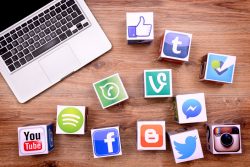