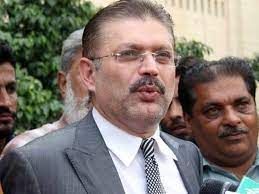 The Sindh government has approved a proposal to make the Sindh High Court’s retired judge Rasheed A Razvi the first chairman of the long-awaited provincial commission for the protection of journalists and other media practitioners.

The announcement was made by Information Minister Sharjeel Memon on Wednesday while briefing the media about the decisions taken in the meeting of the Sindh cabinet. Being formed as prescribed in the Sindh Protection of Journalists and Other Media Practitioners Act 2021, the commission’s members are Fahim Siddiqui, representing the journalist community, Kazi Asad Abdi of the All Pakistan Newspapers Society and Dr Jabbar Khattak of the Council of Pakistan Newspaper Editors.

Other members are Muhammad Athar Kazi of the Pakistan Broadcasters Association, Ayaz Hussain Tunio of the Sindh Bar Council, Prof Tauseef Ahmed Khan of the Human Rights Commission of Pakistan, Shazia Umar and Syeda Marvi Faseeh of the Sindh Assembly, and Ghulam Fariduddin of the All Pakistan Newspaper Employees Confederation.

The secretaries of the provincial government’s departments of information, home, law and human rights will be the ex-officio members of the new commission. Information Secretary Abdul Rasheed Solangi had told the cabinet meeting earlier in the day that Sindh had become the first province in the country to formally constitute a commission to protect journalists and other media practitioners.

He said the forming of the commission would go a long way in providing a sense of security to the fraternity of journalists to perform their duties impartially, independently, fearlessly and without coming under any undue pressure or influence. He said the commission comprises 14 persons, with nine of them being private members.