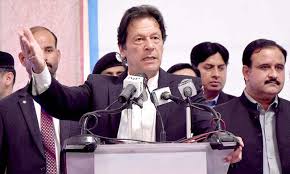 Terming indiscriminate accountability of the corrupt elements necessary for national development, the Punjab Chief Minister Sardar Usman Buzdar on Monday said the PTI government has laid the foundation for a transparent Pakistan.

“Under the leadership of Prime Minister Imran Khan, corruption has declined while the ratio of transparency has increased in the country,” he said, adding: “We do not believe in slogans and practical steps are being taken for public service. In fact, the government has achieved success at every level in a short span of time and midnight oil is burnt to come up to the expectations of the people.”

Talking to elected representatives, here on Monday, the CM maintained that Pakistan was presenting a picture of decrepitude due to the plunder in previous tenures. Those who bankrupted Pakistan and filled their pockets mercilessly must be held accountable of their misdeeds, he said.

According to him, the PTI government has put an end to the practice of plunder and those who are responsible for corruption and inefficiency will have to be made accountable.

The CM further said the PTI has come into power with an agenda of public service and made it clear that we do not have any other agenda like the past rulers.