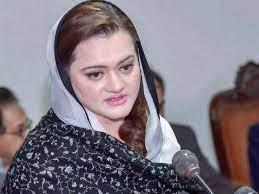 ISLAMABAD: Minister for Information and Broadcasting Marriyum Aurangzeb has said that the incumbent government fully believes in the fundamental, democratic and constitutional right of freedom of expression.

Talking to a delegation of newly elected office bearers of Pakistan Federal Union of Journalists (PFUJ), she said optimum measures were being taken for the promotion of freedom of expression under the leadership of Prime Minister Shehbaz Sharif as protecting rights of journalist community was top most priority of the government.

Felicitating the newly elected office bearers of PFUJ, she said media was the main pillar of the state and Pakistan Muslim League (N) (PML-N) was the guardian of freedom of media in the country.

The minister expressed hope that the newly elected body of PFUJ will live up to the trust of the journalist community and will take all possible steps to solve their problems.

She said that the ministry has received ‘The Journalists and Media Professionals Protection (Amendment) Bill 2022’ and a special committee having representatives of the Ministry of Information, Law, Human Rights and Media, was working to finalize it.

Principal Information Officer (PIO) Mubashir Hassan and other officials of the Ministry of Information were also present in the meeting.—APP

Other Sources: The Nation