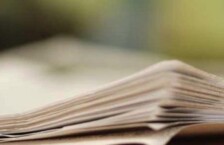 AT a time when journalistic freedom is under attack in many parts of the world, Pakistan Press Freedom Day, that was observed yesterday, should be taken as a moment for sending out a call to arms. In many ways, the juncture at which this country’s media outlets find themselves today is unprecedented, and it would not be an exaggeration to say that our freedoms face more danger now than ever before — this, notwithstanding the fact that the current media climate is diametrically opposed to the one in the past when news organisations were subjected to severe censorship under military dictators, and the truth struggled to make itself heard.

If this sounds theatrical, consider this: for years, now, we have seen the press, both print and electronic, being subjected to pressure from shadowy sections within the state and in political quarters. Journalists have been killed, harassed or otherwise targeted in significant numbers, and because successive governments have failed monumentally to pursue these cases and prosecute those responsible, the trend has steadily moved to the level of intimidation with impunity. Even before two news anchors were subjected to gunfire in Lahore and Karachi in recent weeks, Pakistan was already counted as amongst the most dangerous countries in the world for journalists. Meanwhile, events on the political horizon have meant that the media has increasingly come in the crosshairs of elusive non-state actors — from separatists in restive Balochistan to militants in the northwest, as well as in other areas. Here, too, the audacity of those who seek to silence the press is as breathtaking as is the inaction of the state: the outlawed Tehreek-i-Taliban Pakistan, the group that has taken proud responsibility for the killing of thousands over the years, has issued hit lists featuring the names of journalists, some of whom have come under attack in some way or the other, though it is not known whether the responsibility lies with the TTP or the plethora of other groups that seek to control the media.

To this mix — deadly for individual journalists and sounding the death knell for the freedom of expression — has been added a new element: that of the media causing itself harm. In the aftermath of the attack on Hamid Mir, the rivalries between media organisations, and the increasing control of owners of media organisations over the editorial content of their newspapers and TV channels, and often at variance with journalistic ethics, have exploded into a disturbing, destructive war. This may partly be explained by the manner in which the country’s news landscape has expanded over the past decade, yet it is damaging that the owners’ business and political interests have been allowed to interfere with the functioning and independence of professional journalists. Between all these threats to press freedoms, we may soon reach a point of no return.