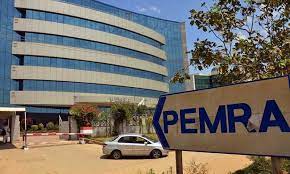 According to RDA Spokesman Hafiz Irfan, the Pemra has directed all satellite TV channels, all FM radios and all distribution networks not to advertise unapproved and illegal housing schemes located in Rawalpindi district.

He informed that some 134 schemes and housing projects within the limits of District Council Rawalpindi are unapproved and illegal whereas some 88 illegal and unapproved schemes are operating in RDA’s own limits.

The civic body was taking steps against the unauthorised housing schemes following increasing complaints from the citizens as such housing societies had been mushrooming in the district while their owners were also involved advertising their illegal housing societies on TV channels and social media.

He said the DG RDA had directed the Metropolitan Planning and Traffic Engineering Directorate to take strict action against unauthorized housing schemes, and close down their construction projects, commercial activities, and booking offices.